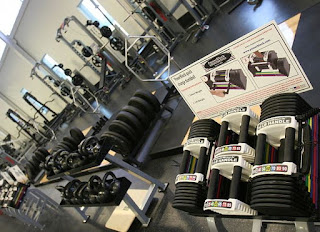 My wife Daisy's mom calls her "obese" and while she's not as skinny as when I met her, she's not fat. Though because of her mom's comments she would often pester me about going to a gym. I finally caved and we went to Gold's Gym and talked to the lady to get everything squared away. We did this on a Friday and when we came back on Sunday to work-out there was no cars there except two. I figured that was very odd and I had wondered if they had closed early on Sunday or something. We walked through the doors and they opened and then we realized what happened when we saw the two girls at the desk. 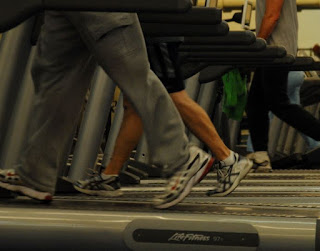 A gym called Planet Fitness had basically absorbed the two in our town though not nationally. So they decided to keep the one on the east-side (ours) closed and convert the one on west-side to Planet Fitness as it never had one yet. It didn't really matter to me but I wanted to work-out there at least once. But they gave all existing Gold's Gym members the option to transfer or just not go there at all. But I saw what they did with the two women behind the desk. One was a blonde and the other was a brunette and they were absolutely hot. Face, body, make-up, all close to ten. Do you think many guys threw a fit and gave them trouble? Probably not. They said "yes ma'am" and drove down to their new gym.
Posted by Adam at 12:00 PM

Lol!!! They aren't dumb. They knew who to make pass the message.

Gyms are notorious for selling memberships to locations about to close. At least there's a gym you can transfer your membership to.

Glad you still have an option. Planet Fitness absorbed some of our gyms too. My husband works out there, but I prefer the community center so I can take Zumba or strength training classes as opposed to sticking to just machines.

this happens a lot, competitive industry

Funny story, for except for the part where Daisy's mother calls her obese. As someone who has struggled with weight all of my life, I know how painful that can be. Maybe her mother was just trying to motivate her out of concern, but my heart goes out to Daisy. I'm glad that you are supporting her and going to the gym with her. It's one of the best things you can do!

As someone who has been overweight most of my life, I can tell you that having a loved one call you "obese" is counterproductive.