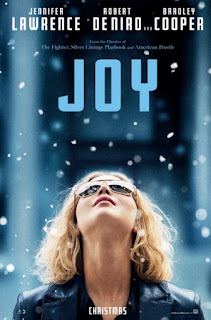 Four years ago, Jennifer Lawrence starred as Katniss Everdeen in The Hunger Games movie series. While it's not nearly the start of her career, it's certainly was when she became one of the actresses that everyone knows about. In a short span of time, she's done a lot of notable movies, even getting herself a Oscar for Best Actress. Joy seemed like it was going to be the greatest movie of 2015 as it had her and was directed by David O. Russell who's never really had much bad luck when it comes to movies. I was shocked to learn that critics were not that happy with one. Though Jennifer Lawrence was nominated for Best Actress but lost to Brie Larson for her role in Room who ironically played a character named Joy as well. 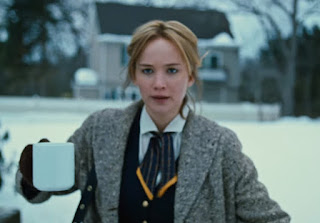 Joy is based on the actual life of the not-the-famous inventor Joy Mangano and this version of Joy has the same name along with most of the same story. Joy is a divorced mother of two kids, and has a rather crazy life. Her grandmother had always supporter her when she was a child. Her mother on the other hand is almost like another child in her house as she does nothing but watch TV and needs it as if it were oxygen. Her ex-husband lives in the basement and when her father gets kicked out of his house by his soon-to-be ex-wife he shows up to live there as well. She also has a half-sister Peggy that doesn't live with her but their relationship is not very strong. 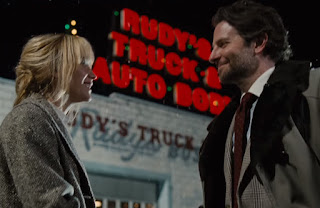 Joy realizes something one day that makes her think back to her childhood. She always had a talent for building things, and her grandmother had seen her potential. But the craziness of life basically buried her dreams for almost twenty years. After a bad incident cleaning up wine, Joy gets the idea to make a new kind of mop. You don't have to touch it to clean it, and it can be put in the washing machine to make it last almost forever. But ideas don't take much to come up with. She's first has to make one for real, then she's got to find a way to get it out there. With a lot of luck she finds the right people, but will Joy be a success? 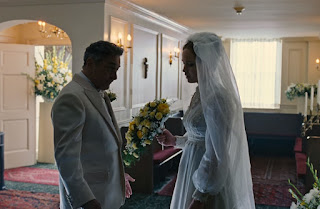 Joy was actually a tiny bit worse than I had expected. The movie has talented actors so you can't really blame them. The story is just kind of dull and I never cared one bit for the artificial drama in it as well. I really doubt the real Joy Mangano went through countless steps of extreme grief and hopeless odds. The movie also just feels like it moves slow like a turtle as well. Jennifer Lawrence might have actually won the Oscar for Best Actress if Joy was actually a good movie. She's wonderful in it (acting-wise) but the story is just flawed on so many levels. I was going to say this was her worst film, but then I remembered Serena.

I was curious about this move because I really like Jennifer Lawrence. But too bad about the rating.

She's a good actress but I doubt I'll see this one.