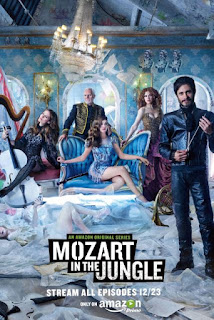 I think I'm sure I heard of Mozart in the Jungle back when it debuted in 2014. I was a little interested, but I literally had no idea what the show as even about. Was it really about the life of the actual Wolfgang Mozart? Or his life based in a more modern setting of alternate reality? Well it's not really about Mozart at all except with people who respect the legend. It's based on a book about the career Blair Tindall who spent many years as a classical musician. I never read the book but it apparently talked about the dark side of the sophisticated world of classical music. Frankly I don't know much about and don't really care for classical music. Mozart in the Jungle won a few awards so I figured it had to be more than what it appeared on the surface. 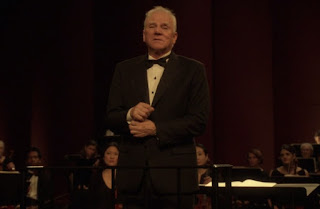 The story begins with the retirement of New York Symphony's tenured conductor Thomas Pembridge. Even though he'll no longer be the "leader" he will take a small producer-like role as his heart still belongs to the world of music. The new conductor is Rodrigo De Souza, a brilliant but very different man from Thomas Pembridge. He was not Thomas Pembridge's first choice either as other people chose him. He praises Rodrigo De Souza a little in public but he says very different things elsewhere. Despite the hatred from his predecessor Rodrigo can only say nice things about him and wants nothing more than his respect. Most of the people who want to see the symphony are very hyped up to see Rodrigo's reign as conductor. 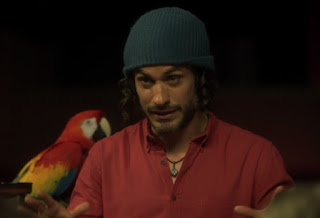 Rodrigo is certainly the most bizarre but wonderful conductor anybody who plays for the symphony has ever seen. He's far-out, creative, and very passionate. A woman named Hailey Rutledge arrives to audition and she gets there a bit too late. She decides to play the oboe anyway and Rodrigo manages to hear the music far-away. He loves it and gets Hailey a spot in the symphony. However everyone there won't be as wonderful to her as he is. Many think she only got there through the bedroom not her own talents in music. But it seems everyone will have a role to play in the "new" symphony. With many that think classical music is dead, can Rodrigo and his team cause a musical revolution? 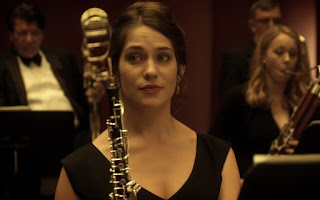 Mozart in the Jungle starts off rather slow. There also seems to be a bit of unbelievable drama along with it. But once you start to know the characters and story, it gets much better. The season is also very short compared to most other shows with just ten that are about a half-hour each. But as I've always said, quality always trumps quantity. I really liked Thomas Pembridge's constant battle to accept Rodrigo, and Rodrigo's sweet and kind nature. I also thought the character of Anna Maria was surprisingly really interesting and I hope we see more of her. I think the character of Hailey Rutledge could have been better story-wise. But the second season is already out so I will most likely be starting that one again very soon and probably the third when it comes out later this year.

Oh I liked this show! Anything with Malcolm McDowell and I'm in!

I've had the biggest crush on Gael García Bernal since I was a toddler! Haha (He's been an actor in Latin America since he was a child). The story does start off pretty slow; I have yet to watch a couple more episodes.
Great review!

I've heard good things about this series but haven't gotten into it yet.

haven't even heard of it...