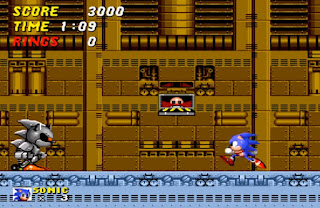 While not truly the first console war, the first big video game debate I think was between the Sega Genesis vs Super Nintendo with the other question being Mario vs. Sonic? Not many kids were fortunate to have both consoles which led many to pick a side and ask the parents for that system alone. Sonic was actually intended by Sega to be Mario's bane and his first few games were good enough to rival Mario. It worked out for Sega and Sonic gave the Sega Genesis enough popularity to make up for their low-par games on the Sega Master System. 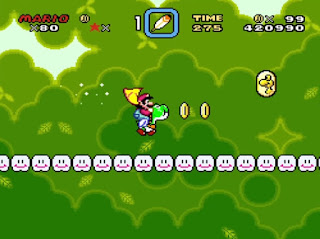 But between the two it was always Mario for me though we did like Sonic too. To prove my point is that the major Mario games (not the spin-offs) are usually always extremely good. The newest Sonic games since the fall of the Dreamcast are often disappointing leaving many to feel nostalgic and hope that "next time" Sonic and Sega will get it right.

Did you or your children/relatives have a favorite between Sonic and Mario?
Posted by Adam at 12:00 PM

I never played Sonic but played hours of Mario with my kids!

My kids played Mario.
I remember the first video game of pong. Now that is dating myself!! : )

i played a lot of Mario with grands....loved it.

I don't recall our son playing either of these.

Mario in our household!