Question: What Do You Think Will Happen Next Season on Game of Thrones? 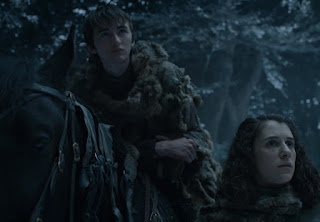 With no books out to guide us, like most of season six we have to guess what will happen in season seven. At the end Winds of Winter, Bran Stark and Meera get close to The Wall. I think Bran will make it past and get back to Jon Snow. He's the only person (except Howland Reed) who probably knows that Jon Snow is really Jon Targaryen. I'm not sure what else is in store for Bran and his magic powers. 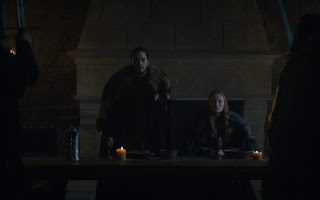 It's a little hard to predict what Jon Snow will do as King in the North. The White Walkers are safely on the other side of the Wall...for now. He doesn't have to worry about the Lannisters who will be fighting all their other enemies than to worry about a new King in the North. I think Petyr Baelish will either be an enemy to Jon Snow or marry Sansa Stark as a way to keep the peace between King Jon Snow (or is it Stark now?) and Littlefinger. 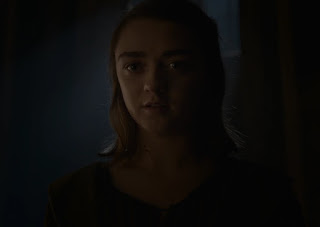 I think Arya will go back to Winterfell and meet up with Jon. Many forget how close their bond was as they were both "misfits" in their family. But who knows? She didn't spend all that time in Essos to quickly get rid of just Walder Frey. 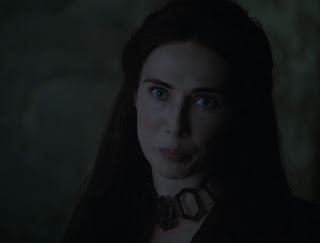 I wasn't too surprised Melisandre was exiled and not executed. But her story can't be over. My best guess is she'll either save/help Jon in a dire moment, or help the Dragon Queen in her conquest and perhaps convince her that Cersei Lannister is not the true enemy but rather the Night King. 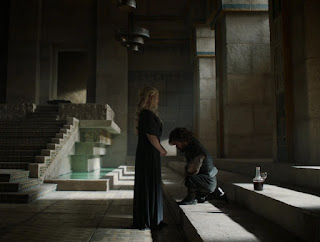 Speaking of the Dragon Queen, it's obvious it's all about taking the Iron Throne back. I can't see her losing, especially with Tyrion and everyone else on her side. Daenerys I Targaryen will most likely be the literal Queen by the time the next season is over. I can see perhaps her offering marriage to Jon if this roots become known to the world. Yes, she's his aunt but it would not be the strangest pairing of Targaryens in the Game of Thrones world. 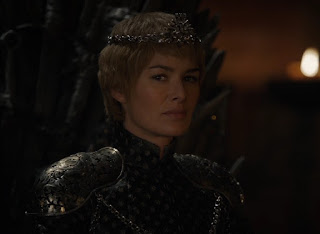 And Cersei Lannister can't keep the Iron Throne for long. I believe she'll use wildfire to turn King's Landing to ashes like the Mad King wanted to or at least try when defeat is certain. I believe her brother Jaime will be her doom. You can see the look on his face when he saw her on the Iron Throne. He was not very happy.
Posted by Adam at 12:00 PM

This is such a huge programme and yet I have never seen it !!!

Hope you have a great weekend ...

I have never seen it. But i want to see this once!!!

never have watched this, even one time...

It is so hard to predict what will happen next. This show is so unpredictable - most of the time! The only thing that I do believe will happen is that Jaime will eventually take down Cersei. Maybe not right away but eventually.

I'm expecting John Snow and the Mother of Dragons to get together.