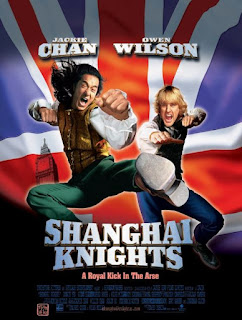 In October of last year I watched Shanghai Noon with Jackie Chan and Owen Wilson for the first time. While it was a decent movie, it was far from stellar. I wasn't terribly excited to see Shanghai Knights, but I figured I'd give it a try. I didn't know much about the story except it being in England instead of the Old West. I just hoped that the action scenes made more sense and that the jokes were better. Since it had the same writers (but a different director) I was expecting a bit of the same. But I was honestly a little surprised by Shanghai Knights. There was a little more to this funny tale of two fish out of water guys who get sent to another strange land where they don't belong. But how is their  wacky British adventure? 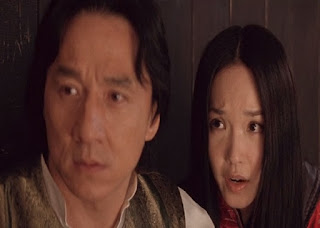 In 1887 China is in a time of great turmoil. Chon's father is in charge of protecting the Imperial Seal for the Emperor. His sister stays with their father in China while Chon is known better as John Wayne in Nevada in the United States of America.  One day an army of Chinese soldiers break into the palace and murder Chon's father. His sister Chon Lin survives and follows the people responsible to Great Britain. She sends a letter to her brother in Nevada who's now Sheriff of Carson City. Even though he's the city's most important person, he decides that his family honor and his sister are important than staying in the west. But before he can travel across the Atlantic Ocean, he decides to meet up with an old friend in New York City. 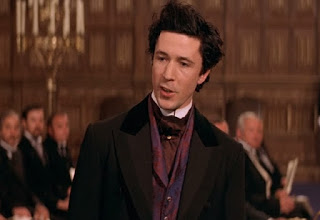 When "John Wayne" and Roy O'Bannon reunite, their friendship is tested. He honestly thought Roy had gotten his life straightened out but finds out that he's poor and unmarried. He gets even more annoyed by Roy when Roy meets his sister and has a massive crush on her. The main villain is Lord Nelson Rathbone who is working with Wu Chow. Lord Nelson Rathbone is 10th in line to the British throne, and Wu Chow is the illegitimate brother ot the Emperor of China. They form an evil partnership that will have them both take the thrones of their respected countries. That unless someone stops them first. But with both them being skilled warriors and having an army of boxers at their command it will be a challenge. 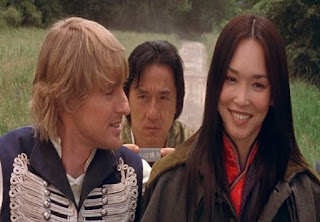 I actually liked Shanghai Knights a good bit more than I did the original. I never cared much for the Old West and a story set in Victorian England I think is more fascinating. I liked Fann Wong a lot as Chon Lin, and I thought Aidan Gillen was a very good villain. He currently plays Petyr Baelish on Game of Thrones so it was interesting to see him much younger and in a role of pure evil rather than a complex walk between good and bad. They were thinking of making a third film called Shanghai Dawn but nothing came up with it. There was talk a few years ago about one but from I can tell I guess it's not coming out. I would have been interested to see it.

Not a bad movie, but it airs far too much around here.

Not really my type of movie.

This movie is nice :)