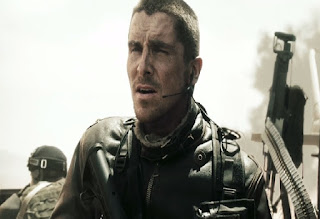 The original Terminator film is one of my favorite movies ever. The 2nd movie was really good but I still prefer the original though a lot of other fans disagree with me. The third was a disappointment but it was at least better than I had expected. I had heard of Salvation back in 2009 but was rather skeptical. Arnold Schwarzenegger was still Governor of California at the time and couldn't appear in the film so there was a lot of talk about that. My wife recently watched the series for the first time and really liked it, even though she calls it "scary". So I decided to watch this one with her as she wanted to see it and I never had before. The movie is about what we all kind of figured would eventually happen with a story based on the bleak future of mankind in the war against the machines out to destroy society as we know it. 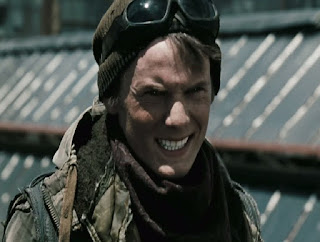 Most of the story starts in the year 2018 with humans still under a harsh rule by the machines who don't tolerate their very existence. John Connor is pretty well-known in the resistance movement though he's not the one in true control over the human-military. Unlike some commanders, John Connor leads the fight and takes on the machines himself. Many think of him as the messiah and others think of him as a faux hero, but many are starting to believe that the war could soon be over. John Connor gets a list of names of people that the machines wish to assassinate soon. John Connor is shocked to learn that he's only number two and nobody else knows how number one is. But John Connor knows as it's Kyle Reese, the man that was sent back in time to save his mother who fathered John before he died. 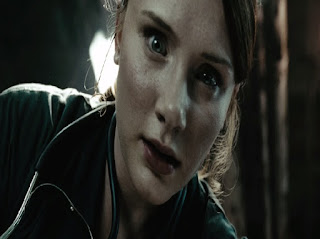 Kyle Reese is much younger than John Connor despite the father-son- relationship, and he has no idea about his future destiny. He looks up to John Connor as a fearless hero that he's never met but one-day will. John is hopeful he can make it in time to save his father from a ruthless robot. Kyle Reese is met sooner by a mysterious man named Marcus Wright who thought he died back in 2003 before the end of the world. He wakes up to a world he doesn't even know, not even the year. But when Marcus crosses paths with John Connor is when everyone gets the surprise of a life-time. The machines are determined to stop John Connor and Kyle Reese from saving the future, and will that succeed in their plan? 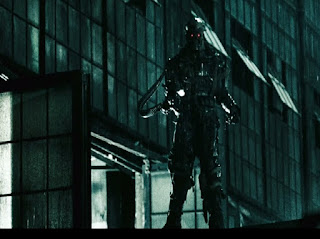 Overall Salvation was about what I had initially expected. Like the Star Wars prequels, you can't really make a perfect story out of this. You had so much hype in your mind for so many years and nobody can make a story that will ever meet that hype. I enjoyed the plot for the most part even though it moved a little slow, and a good bit of the story near the end didn't make a lot of sense logically when it came to the survival of the important characters. Anton Yelchin (who sadly passed away recently) did an amazing job as Kyle Reese. He just felt like he really could have been Michael Biehn (the original actor) as a much younger man. I'd say this one is a bit better than the 3rd movie but can't hold a candle to the first two.

ooo I loved Terminator and T2. I never saw the others.

Yeah, better than T3, but that isn't saying much

I've seen the first two but not this one.

Thanks for the review, Adam. I may have to rent this one.
Hello to Daisy:)

According to me, Terminator 2 Judgement Day is the best ! :)

B? You're being too kind, Adam.

I saw that one six times in our local movie theater. I don't think there will ever be another one like that one.

I'm with you, Adam. My favourite was the first Terminator, hands down! My husband is the T2 fan. We disagree but we've watched both together and enjoyed them. I didn't know about this one. We watched Terminator Genisys a couple of nights ago.