Fact of the Day: Genghis Peace 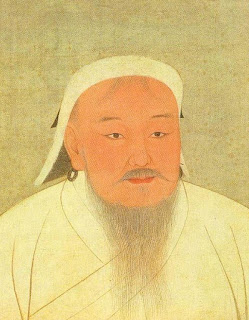 Guess the Khwarezmian's were right in their thinking, too bad they didn't live to tell about it.

Sure right not to trust him

It was a brutal time to be sure.

Cats and dogs too? Good thing I have birds.