Fact of the Day: Mulan Politics 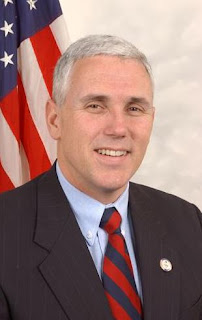 While Disney's Mulan in 1999 was based on a Chinese legend that originated in the 6th century, 2016 Vice Presidential nominee Mike Pence told people that it was liberal propaganda about letting women into real military-combat roles. He said this before he was elected as a congressman, he was a conservative talk radio host when Mulan was in theaters.
Posted by Adam at 12:00 AM

Does he NOT want women in milItaly combat roles?? Evil stare..

In 1999, when he said that, opposing women in combat was still a thing.

In 16 years, people like him won't be arguing against Don't Ask Don't Tell anymore.

It just takes a generation for them to catch up.

Yep, a Disney movie sure pushed that agenda, pffft

Republicans lag behind on most social issues. But I think they care less about social issues than they do creating a smokescreen to draw people's attention away from policies that hand over the wealth of this country over to the already wealthy.

For God's sake refrain from anything on Trump and Pense,
they are just idiots and dangerous ones at that.
If you want to do what is good for the USA, get everyone out
to vote for the Democrats as we won't have a World if that lunatic,
deranged and ignorant Trump wins, and the USA will find itself friendless in the World.
As for Barbie doll, Mrs M. Trump - she has been found out to be a liar on her academic achievements, her modelling career is questionable, she was a member ( smelling salts for the Tea Party
members) of the Slovenia Young Communist League, she will be the first wife of a President to have OFFICIALLY posed nude and the list goes on.
Now thank God Senator McCain has disowned the Trump/Pense ticket.
Adam - leave the Republicans to rot in hell.
B J Hunnicut aka Colin