Unlike other months in the year, July did seem to be long. Maybe that's because we all felt horrible underneath the brutal sun. But here are my favorites for the month.
Favorite Movie: Chaplin 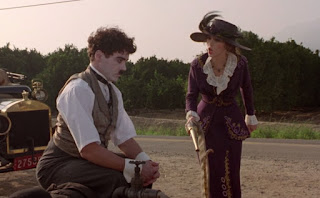 Chaplin is not a new movie (it was made in 1992) but it was a very good one. Robert Downey Jr. is magnificent as Charlie Chaplin especially as Chaplin was English and Robert Downey Jr. portrayed him like a mirror image even though he's American. Like most movies based on "history" they do take some creative liberties. But I think they did a wonderful job with the movie. 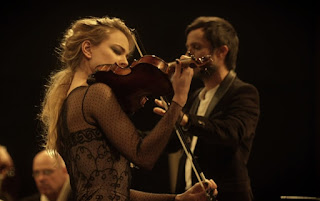 I only had time for two TV shows this month, so I wasn't shocked that Mozart in the Jungle ended up being my favorite. The first half moves a little slow, but I was very intrigued by the time of the finale. I'm guessing I'll be loving season two even more so. Who knew the world of classical music could actually be fascinating?
Posted by Adam at 12:00 PM

I love classical music too, so I think I'll check out Mozart in the Jungle as well. Chaplin is a great film!

What? My July went waaaay too fast!

I haven't watched either of those.

I didn't think it seemed long. It zoomed by for me.

It's hard to believe it's August already.

It's hard to believe it's August already.

i loved Chaplin, too

Chaplin was a good movie.