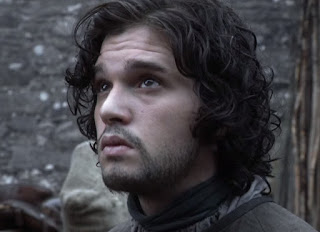 Now this is obviously for fans of Game of Thrones (and its book series A Song of Ice and Fire) but the big question is if Jon Snow is true-born or still the bastard he thinks he is. Why does it matter? Well Jon Snow would have a right to the Iron Throne if he was born a true-born Targaryen. While Jon's father Rhaegar Targaryen was married to another woman (Elia Martell) when he took Lyanna Stark away, Targaryens had a history of taking more than one wife though this was rare. So he could have secretly married Jon's mother Lyanna Stark and made her a princess. In the books (and very lightly hinted) in the show, there is a prophecy about a Prince that was Promised that would be born out of the line of the Mad King that would one day save the world. If Jon is the Prince he'd have to be true-born, not illegitimate as bastards can't be princes. Just ask Gendry. 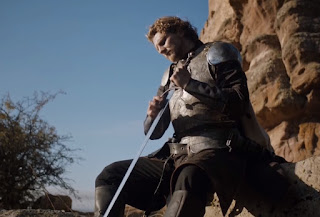 What about something a little more concrete? Take the location of Jon Snow's birth, The Tower of Joy. By this time, the Mad King was dead, the crown-prince Rhaegar was slain at the Battle of the Trident, and Jon's half-siblings were murdered on the orders of Tywin Lannister. Who had the best right to the throne? The son of the Mad King's first son which is Jon but only if he was born with married parents.Before Jon was born, there was 3 members of the Kingsguard (2 in the show) waiting to defend the place to the bitter end. Before we really knew for sure Jon was there, the only thing anyone could say is that they were protecting Lyanna Stark. But no they weren't protecting her, they were protecting the King. They are Kingsguard after all. 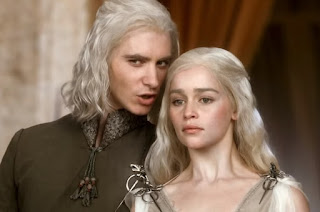 If Jon was a bastard, then Ser Gerold Hightower, Ser Arthur Dayne, and Ser Oswell Whent would have to protect Viserys Targaryen. Kingsguard swear life-long oaths, so honor is very important here. Jaime Lannister is mocked as the King-slayer because he broke his vow despite very good reasons to do so. In the books Ned asks the trio why they were not at Dragonstone with Viserys and he mentions Ser Willem Darry who helped the royal family escape to Essos. They mention that Darry was a good man but not of the Kingsguard as they do not flee and they express the point of their vows and even point out the process of saying it "then" and "now". They were protecting Jon of House Targaryen, the First of His Name, King of the Andals, the Rhoynar and the First Men, Lord of the Seven Kingdoms and Protector of the Realm. 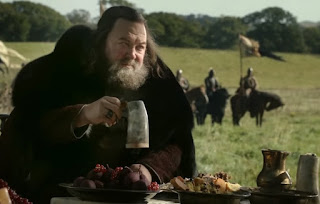 We also hear Lyanna mention to Ned that King Robert Baratheon would kill Jon and this leads Ned to raise his nephew Jon as his "bastard" son to fool everyone. Ned told nobody, not even his wife which caused her to despise Jon. In the book Ned mentions that some secrets are too dangerous to share even with those you love and trust. He knew Jon's very life would be over if anyone on the wrong side found out. But Robert would have very little to be concerned with over a bastard even if he was the son of his most hated enemy and most likely would have spared him for his love of Lyanna. But a true-born son that could have thousands and thousands across the realm rally behind his name? That's something neither House Baratheon or House Lannister could tolerate.
Posted by Adam at 12:00 PM

Email ThisBlogThis!Share to TwitterShare to FacebookShare to Pinterest
Labels: game of thrones, question

I've always thought Jon Snow would end up on the throne. As for bastards reaching the throne, the rules go out the door when nations are conquered, as in the case of William the Conqueror, who happened to be a bastard. Of course that's European history. What happens in Westros is probably different.

I bet you anything he is true-born and will end up with the whole enchilada.