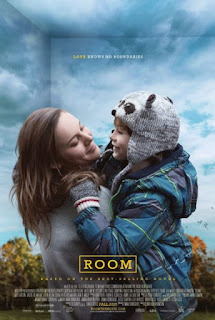 Like many films that are nominated by the Oscars, I've never heard of Room until the Oscars were out. The movie Room was based on a novel by author Emma Donoghue and from what I can tell the movie is true to the book for the most part. In the first ten minutes or so I thought this was a story about a single mother and child being impoverished but it's much more darker than that. Apparently the author was inspired to write this story after hearing about the horrible Fritzl case in Austria. And I heard about similar crimes that have taken place across the country here in the United States of America as well. So if you don't like depressing stories, this movie is certainly not for you. 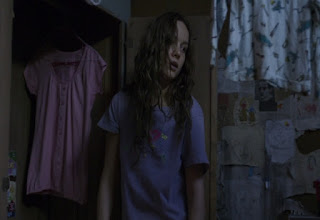 The story is about Joy "Ma" Newsome who is a 24 year old woman who has been imprisoned by an evil guy for over five years. She lives in a shed that's been modified to be a "house" of sorts with everything she needs to "live" off of. The room is locked/unlocked by a electronic code which she obviously doesn't know. This keeps her captor "Old Nick" safe from Joy as if anything happens to him, she still can't leave the room. Throughout her time in the room, Old Nick uses Joy any way he wishes, and this results in the birth of Joy's son Jack. However Joy is very protective of Jack and tries to limit his time with Old Nick to the point where Jack wonders if Old Nick is even real at all. With the room being the only part of the world he knows, Jack has a hard time trying to decide what's real and what's not. 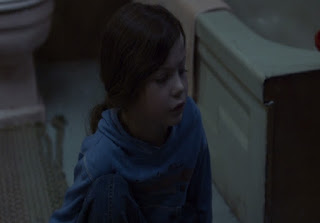 They do have a television in the room, so Jack does know a little about life in the real world because of it. But when Jack reaches five years old, Joy realizes that them two won't be lasting much longer in the room as he grows and gets angry. Things get even worse when Joy learns from Old Nick that he's been unemployed for six months which resulted in a lack of the meager supplies they've gotten to live off of like food, heat, and medicine. Joy tries to think of a way to escape from her hell. Knowing that if Old Nick can no longer afford to "support" them, then their very lives will be at risk. But even if they do escape, will Jack be able to transition into the outside world full of people and things he's never seen before? 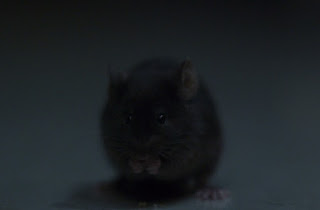 Overall I can see why Room was nominated for a few Oscars awards, and why Brie Larson won the Oscar for Best Actress as you can tell she trained hard for the role. However I wasn't the biggest fan of the movie to be honest to the point where I think it was one of the best for the year of 2015. It's very grim and depressing, and gets very intense which are things that don't make a movie better for me on a personal level. I was also a little bored by the later half of the movie. So I can see why it didn't get the Oscar for Best Picture, as the award went to Spotlight which I haven't seen yet but I'm interested in now.

Thanks for the warning, Adam. I'm already blue.

Haven't seen it yet but want to. My Rare One saw it and said it was excellent. Sometimes Life IS cruel and depressing.

It was one of the best films I have ever seen. So little to work with, but so well acted.

I've heard this was good but like you say depressing, which I can achieve without paying for it at a theater.

Sounds a bit too depressing for me. But I have heard it is good.

My husband and I read the book first and then watched the movie. We thought both the book and the movie were excellent.

I hated this movie! So overrated.

I saw this movie it was very depressing. Spotlight is shocking, worth watching, you might like it as it is factual.