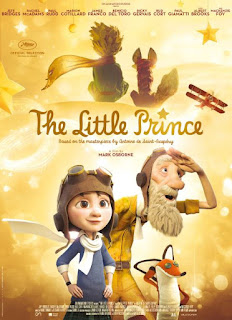 The Little Prince was originally a French movie based on the classic French novella of the same name. Though I never heard of the The Little Prince until recently. It was suppose to come to theaters but after everything was done for the United States release they decided to drop it. It has an large-ensemble cast of well-known actors, so it was a bit odd. So Netflix picked it up as one of their "original" movies. The previews looked promising and while I waited a tiny bit of time, reviews also seemed pretty good. Does The Little Prince earn his place on whatever throne he is suppose to sit on in the mind of the French author? 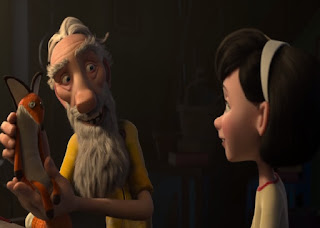 The story is not so much about the The Little Prince of the story's name but rather the simply named The Little Girl. Her mother wants her to go to a prestigious school and has her entire life planned out on a chart where it's determined what she'll do even by the exact hour. The Little Girl first obeys her mother and is "happy" to go along with it. That's until she meets a strange aviator who's far too old to fly in the skies anymore. Which is a rather good thing as he tries to start his plane which is a big piece of junk with many missing pieces and broken parts. He accidentally causes damage to her house, and he tries to make up for it. 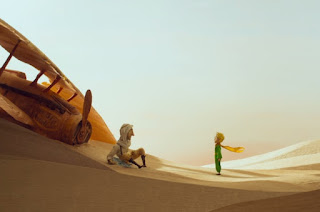 The aviator sends her pages of a story of his time in the Sahara when he was a much younger pilot. He crashed his plane and meets The Little Prince who had traveled from a far-away world. He recalls the tale where he helps The Little Prince return home. However The Little Girl isn't quite sure if she believes the story is true or not. But she takes the Aviator a little more serious when he says he's going away to find The Little Prince again. Though she's not quite sure what that will exactly mean when it's all over. 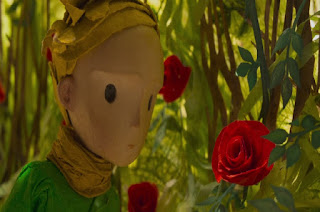 I will say that I was a bit disappointed by The Little Prince. Some people had made it seem like it was something like the next Pixar classic but it's just a really good movie not one of those ones you remember many years later. From what I understand, The Little Girl was made just for the film as she wasn't in the book and the Aviator wasn't old in the book either. Makes me wonder how they'd done with a film just based on the novella instead of coming up with another plot time-line to add to the overall story. But as far as Netflix Originals go, it's a really good addition to their movie list. They were smart to nab this one.

It is not a bad score. I like these kinda movies!

Haven't seen it yet but I plan on it.

I've always liked this character but have yet to see this movie.

I dont see the movie but I love the book !