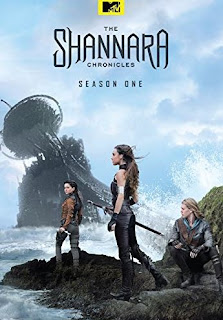 To be honest, when I first heard of The Shannara Chronicles I almost ignored it completely. I kind of assumed this one was trying to be a new "Hunger Games" kind of like how I felt with the Divergent series. The only thing similar to the story is the background of our Earth facing war (in this case nuclear war) that destroyed civilization. In The Hunger Games the world heals and emerges with a government that is fascist and utterly desperate to have full control. In the Shannara Chronicles, the world heals and becomes...The Lord of the Rings? Turns out the show is based on the Shannara book series which its author was never shy about saying that it was basically his take on Lord of the Rings with a good number of twists. Now that may seem rather cheap, but George R.R. Martin was also inspired by Lord of the Rings when he wrote (and still writing very slowly) A Song of Ice and Fire which became Game of Thrones to the TV world. 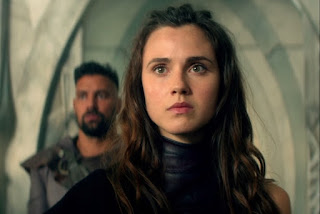 When the world we knew ended, radiation turned mankind into several different classes of mutants though some humans remained unchanged. All of which share the same name with mythical beings. You have gnomes, dwarves, elves, and many more. Some thousand years later the one that seems to be on top of the world are the elves but only because their world seems to be more sophisticated and has more honor to it. The elves only have a small chunk of the world, and outside of their space is not a good place for an elf to be. A elvish princess named Amberle Elessedil becomes a member of the Chosen which are guards that protect a tree named the Ellcrys. Plagued with visions of death caused by her own hand, Amberle leaves her duty and goes out into the world to prevent the tragedy she foresaw. 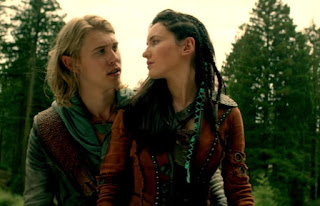 A powerful human druid named Allanon awakes from a magical slumber is set out to make the world right again. He encounters a young man named Wil Ohmsford who is half-human and half-elf. Wil is tricked by a "rover" girl named Eretria who is just as clever as she is beautiful but they eventually manage to make a truce. Wil has a powerful set of elfstones which have the power to destroy demons which many think are a fairy-tale. Demons are unleashed when the Ellcrys tree starts to die, and an ancient druid elf named The Dagda Mor uses this weakness to conquer the world. No human, elf, or any member of any other group will survive once he takes over. The tree cannot be saved, but it can be reborn. Allanon tasks Wil, Amberle, and Eretria with the quest of saving the world. 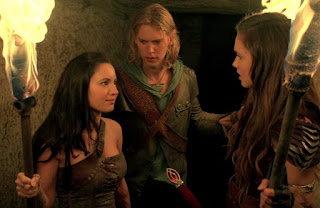 The Shannara Chronicles is a very exciting show at first, but starts to get boring the further along you get. Which is usually the opposite when it comes to stories. I'm not sure if they stayed "true" to the book or not, but there does seem to be some unneeded teenage drama in there. The first season basically covered the 2nd book The Elfstones of Shannara and the first trilogy of books apparently take place with members of different generations. You don't really see any TV shows with an almost completely different cast, so it will be interesting to see how they go with the second season. I will say that I liked the show a good bit, but it could have been so much better if it was a lot more serious with many of its scenes and characters.

Email ThisBlogThis!Share to TwitterShare to FacebookShare to Pinterest
Labels: lord of the rings, tv review

I have this series bookmarked on netflix but haven't started it yet.

I'll give it a shot when I get through "Stranger Things" and the second season of "Marco Polo."

Interesting concept, LOTR in the future. Not a show I'd heard of before!