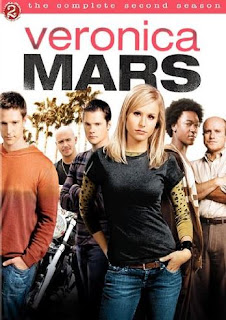 While it came out about ten years ago, my wife Daisy and I have been watching Veronica Mars. A new movie came out in 2014, and since I hadn't seen the whole series (mostly season one and bits of others) my wife demanded we start fresh before we saw the movie. This was the first big role for Kristen Bell who already established herself very well as the title character in the first season of Veronica Mars. The show is a bit of a mix of high-school teen drama mixed with the crime-solving abilities of Sherlock Holmes. 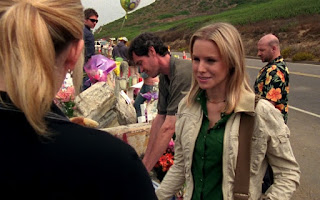 The story begins shortly after the events of the first season. Aaron Echolls is the one who murdered Lilly Kane and Veronica helped put him behind bars. Thinking the biggest ordeal of her life was over, another tragedy strikes. On a field trip, the school bus leaves without her when a jealous class-mate named Meg Manning forgets to mention to the driver that Veronica was not there yet. She gets a ride to the same location but sees something horrible on the path. The school bus drove right off the cliff, and everyone on it is presumed dead. Veronica knows better than to assume than anything that happens in Neptune is just a mere accident. She's approached by the daughter of the driver who wants to prove her father was not the reason the bus crushed and Veronica agrees to help. 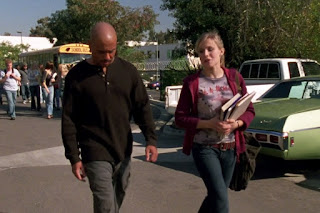 Another big mystery involves Logan Echolls' fight with Weevil's crew. Weevil didn't see the whole thing but after Logan was brutally beaten, Weevil's friend Felix Toombs was fatally stabbed. Though Veronica doesn't believe Logan had the strength to over-power any of Weevil's people. Weevil starts to believe her and makes an uneasy alliance with Logan to get the truth settled. Neptune is also changing with a new mayor named Woody Goodman who wants to make big changes. He also pressures Keith Mars into running against Don Lamb in the race for Sheriff and he believes Keith the better man and that his reputation has been restored since the truth of the Lilly Kane murder has been public knowledge. 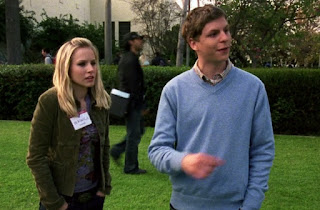 Overall the second season was about as good as the original. A little worse and a little better in some areas. I think one of the mistakes of the series (like most shows that originated in the CW) is that it's far too long for its own good. The big mystery is always so awesome, but the middle is where it can start to get a bit dull, and then near the end you become interested in the central story-line again. We've already started the third season, but it may be at least a month before we can finish that one as well. At least I know that's the last season (which Daisy always hates when it comes to her favorite shows) so we'll be watching the movie shortly afterwards.

I love crime series! Might give this one a try...

Kristen Bell is probably one of my favorite actresses! I want see this serie!
xx

Haven't gotten into this.

From what I've heard, it's one of those shows that ended too soon.