Ask Me Anything! Answers Round Four 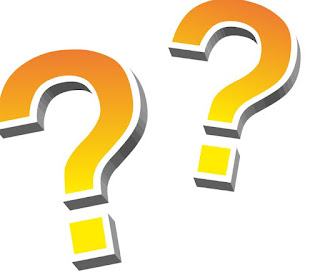 As I said several days ago, you can ask me any question you'd like. If you haven't yet you still can here and I welcome those to ask again who have done it before. I have a lot of fun with these. Here are the newest answers from me. 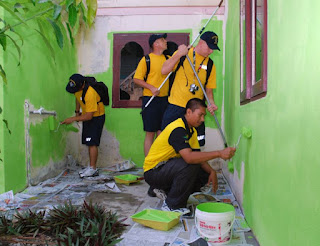 Kay asked What kind of job do you have?

I basically mix paint for people so they can paint their houses, buildings, and whatnot. It's mostly done by a computer but there's always a chance to screw things up if you're not doing it right. I really enjoy doing it but there are many annoyances. The biggest thing is rude people and people who are just plain dumb. My personal favorite is the combination of the two. For example I made a gallon of paint by accident when a guy just wanted a quart. I realized it before he came back to get it and I wrote down on the can that it should be the same as a quart when he got to the register because we can't unmix paint and we might as well do it. He chewed me out big time for making a gallon even though it's no difference to him. Dominoes once made the wrong size pizza once and gave me an extra to make up for it. I didn't complain to them, because that's utterly stupid. 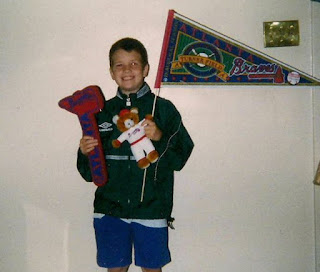 Theresa asked If you could go back in time for one day, where would you go and how would you spend it?

If it didn't create a paradox (though almost all past-time travels would logically cause something) I'd like to visit myself when I was a child. I'd really like to have step into moments where someone had done me wrong (especially a bully moment) and they'd had to deal with a stronger, faster, and smarter Adam. 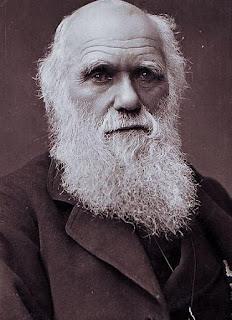 Andrew-L'autre asked If you could resurrect three historical figures - from any time period(s) - for the purposes of having a group chat with them, whom would you choose?

That one is rather easy. If it's going to be a group discussion I'd like to talk to Charles Darwin, Thomas Henry Huxley, and Alfred Russel Wallace. While everyone knows Darwin, the other two are not as famously known. Wallace co-discovered evolution by natural selection around the same time Darwin independently discovered it as well. Huxley was called "Darwin's bulldog" as he proudly defended evolution from religious people who mocked his work. Huxley was important as by the time Darwin's book was available to the public he was not quite a young man anymore and as the years progressed he had less strength for debating.

I'd just like to see their reactions to things discovered long after their deaths. Especially things discovered thanks to DNA evidence. Like hippos being the closest living relatives to whales and dolphins. And being able to confirm that yes we are genetically apes. Though I'm sure none of the trio would be too happy to see people in 2016 say "My grandpa ain't no monkey". And the fact that many think evolution is merely a contest between living things to be the strongest (mentally or physically) but in reality it's about adaptability not strength, speed, or smarts.
Posted by Adam at 10:00 AM

You mix paint? That sounds really interesting! How did you get into that?

Wow, Adam! I really enjoyed this post! It's fun to learn more about there'll people behind the posts! Darwin would definitely be on my list. Also Jesus, but not for religious reasons; I'd just like to know who he really was and try to understand how he had such a powerful impact on human history. And Elizabeth I because she survived as a woman in power during such a monumental time in western history. Have a good one!

My first job out of college was working as a sales clerk for Standard Brands Paints, and I always enjoyed mixing paint for customers.

I would love to be a paint mixer.
Lisa

I would love to be a paint mixer.
Lisa

Thanks for answering my question and doing so in detail, Adam! :D

Interesting questions with interesting answers! So you're one of those guys who actually know WHY and UNDERSTAND why there are 10 shades of white, eh?

Ok, don't know if this one has been asked, but where did your blog name come from?

Gosh, I can't imagine a guy chewing you out for giving him extra paint he didn't have to pay for. He should have thanked you. Some folks are so rude.

You think that guy would have been happy getting extra paint for the same price.

Great post, Adam! I would LOVE if someone gave me more paint by mistake!

What fun! My cousin has the same job with Sherman Williams. I would love more paint too! Sheesh! Thank you so much for answering my question. This really is a lot of fun.