Ask Me Anything! Answers Round One 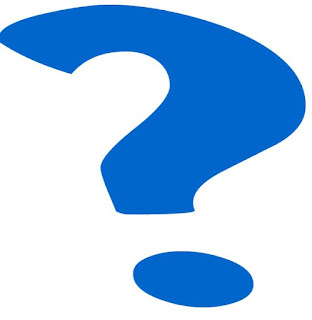 Not long ago I've asked you'll to ask me any question you'd like and now here's the first part of the answers. As promised I answer the first asked questions and get to the others another day. If you would like to ask a question and haven't you can go here or you can ask below. Don't be shy. If you already asked one, you can ask again, I think they're fun. 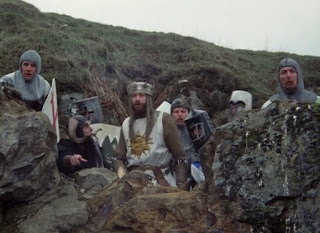 Robert asked What is the air speed velocity of an unladen swallow?

That's very easy, 24 mph or in metric 11 meters per second if you're talking about the European variety that is. Shame on you for not being specific. You have to know these sorts of things when you're a king, you know 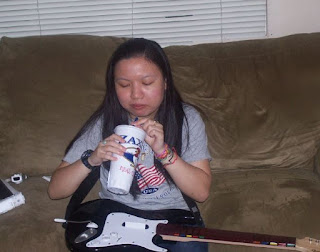 Christine asked How did you meet Daisy?

Our story is rather bland. I've always been a shy person, so online-dating appealed more to me. You meet a lot of crazy people on there and I went through a lot frustration. I talked to a few girls through text and on the phone but none of it went anywhere. It always seemed to me that most women always wanted the opposite of what they needed whether they realized it or not, which was often a man who'd mistreat them. I was not such a person, so I suppose I wasn't considered the best catch. Daisy did take the time to talk and to meet me and I don't think she regrets it..

Debbie asked What inspired you to start your blog? and Ania later asked when I started which is kind of the same story.

My start came long before I started Neko Random in 2010. I always had a deep love for video games and I used to read a magazine called Electronic Gaming Monthly awhile before the internet changed journalism forever. Eventually the magazine and its sister magazines had a video game site called 1up. I joined around 2003 and liked it. I had hopes that one day I could end up writing for EGM as we called it.

I also met my first batch of online bullying there. The staff at 1up did not really care about bullying and there was a "group" of people who had their own special forum that was notorious for it. There was a even special position of community manager with the first being a woman named Kimi Matsuzaki, but every one of their managers were awful as most of them didn't really do anything. I still remember Kimi as not only did she not help my situation, but she made comments in my direction that only hurt.

I was called mean and nasty things. Video games (especially the farther you go back in time) is a rather nerdy thing and nerds typically are subjected to bullying and not the bullies so it was a bit of a shock to me to see this kind of behavior. I remember seeing the first wave of hate towards me, and I was so upset I started shaking and getting to the point where I wanted to cry. In 2003 I was only a stupid kid in high school.

I still remember a good bit of it, one kid said I had no soul, one said I didn't change facial expressions, one even claimed I had fetal alcohol syndrome not just once but several times. As sad as it sounds, I was optimistic and had a lot of friends on there which was the reason I stayed. In addition to message boards, you could also blog there which I mainly did for video game reviews. That eventually evolved into what became Neko Random.

I think one of the main reasons I had my haters was because of jealously. My stuff was notable and I won caption contests for Electronic Gaming Monthly which meant something I wrote made it in the magazine. I think I did that three times in all. I even saw one of them comment that what made it in the magazine was "no good" and wondered who I was doing favors for. Eventually the lead tech guy named Michael Zacks (who was by no obligation had to interact with the community) befriended me and helped me a lot. We had ranks next to our names which were silly and dumb as they were all standard and based on how long you've been there. He used his power to change the rank of the guy who said I had fetal alcohol syndrome to say that guy had it after he was insulting me one day. I never even asked for that, but I appreciated it very much.

But the place went downhill (it technically doesn't exist anymore) over the years and I wanted to branch out. Neko is Japanese for cat but I just liked the sound of it. Inu is the word for dog but it just doesn't have the same ring to an English speaker I think. Random just came from being to write about anything I wanted to without rude people saying it's off-topic.

But when I was in middle school, reading that magazine inspired me to write, I wanted to be just like them. I even wrote video game reviews on pieces of plain paper that in reality nobody would ever read as this was before we had a computer. My brother found a few of them and called me dumb but I never took his word for much. Which is good because while it was dumb to write them for no reason, it was my will to write them that was in important. Fast-forward to today, and I still carry that same passion.
Posted by Adam at 10:00 AM

Thanks for these informative answers.

You answered my question about Neko Random, so thanks for that!
Now, as far as that cheese question...

You answered my question about Neko Random, so thanks for that!
Now, as far as that cheese question...

Love this! The gaming community is nasty! I have seen that on youtube.

Thanks for answering our questions, good answers too.

I'm glad Daisy had the good sense to snag you! Sorry to hear about that online bullying though when you were in high school, but I'm glad it didn't stop you from pursuing your ambition of writing and blogging. It's not surprising you won some caption contests because I've noticed that, certainly in the comments you leave on my blog and others' blogs, you are often King of the One Liners!

Now I know what neko random means. Ugg to online dating, good you found each other though, shows it can work.

"Robert asked What is the air speed velocity of an unladen swallow?" <--that was literally the first thing that popped into my head to ask...

Sorry you had to deal with bullying.
Nice to read about how you and Daisy met.

Thanks for sharing all this with us, Adam. You are a fine young man and I'm sure Daisy is pleased as punch. I also think she's a lovely young woman, so you both win.

I'm sorry you had to deal with bullying. That is quite unnerving. Jealously is certainly a driving factor for that type of behaviour as is insecurity. I'm glad you didn't let any of that stop you from doing what you wanted to do.

If you don't mind, here are a couple of other questions I'd like to add:

1) If you could change anything in this world, what would it be?

2) What is the scariest thing that's ever happened to you?

I hope more blogging friends participate in this! It's fun.

Wow! I'm sorry for what you went through. That's terrible.

Very interesting post, Adam! I wanted to know how you met Daisy. One of my sisters met her future husband on an early on-line dating site in Calgary. They've been married for many years and have two adult children!

It's horrible that you went through such bullying experiences, Adam! I'm glad that you came through them a stronger person. Now I get why you would go back in time to deal with some of those bullies!

What you said about women is so true, and I had to learn the hard way. I certainly chose my second husband for different reasons from the first!

I hope that you and Daisy have a long lifetime of happiness together. It seems to me that Daisy is a sharp cookie!