Ask Me Anything! Answers Round Seven 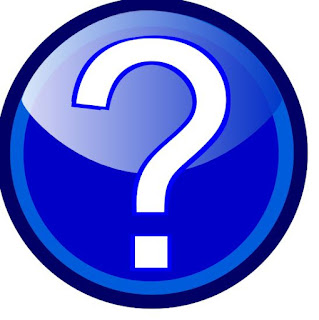 Some time ago I asked you'll to ask me anything you'd like. It's not too late to ask or ask again if you have before. Here are the newest ones. 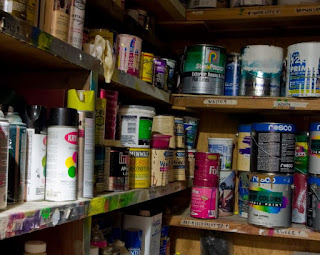 Kati asked You mix paint? That sounds really interesting! How did you get into that?

When I was in my early 20's I really needed a full-time job. I found one at a home improvement place with a role that was basically the bottom of the totem pole. I wanted to move to what they call "the floor" and out of all of the departments there paint really seemed like it was for me. I put in about two years and learned the basics of everything there. I saw a full-time opening in paint at another location and got it on the first try. 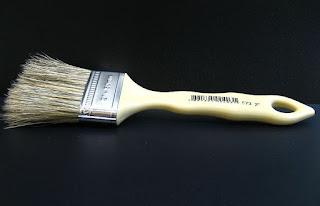 Debra asked So you're one of those guys who actually know WHY and UNDERSTAND why there are 10 shades of white, eh?

Well there are even more than ten shades of white. You have super white, plain white, and countless off-whites that can be part yellow (most common) part blue part green part red etc. There a few colors called Pure White or Super White by certain paint companies and funny enough they're off-white unlike what the name suggests. And varying shades of light and dark between all of those. 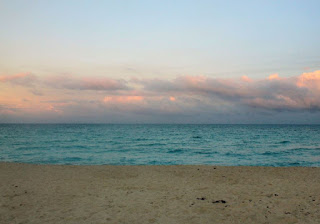 The A Beer for the Shower guys asked Where's the coolest place you've ever been?

My mother was cheap when I was little and my financial life as a grown-up has not let me travel all over the world. I've only been in 3 states which is pathetic. The coolest place is somewhere I can't even recall for sure. I want to say it was Myrtle Beach, SC but it could have been another place though I know it wasn't Charleston, SC. We went on a church trip when I was in either 5th or 6th grade. Our hotel was right on the beach. We did have a fun half-day where we went to an area with so many cool shops and whatnot. Felt like something out of a dream. That's been the most amazing trip I've taken but it isn't hard to impress someone at that age. That just what stands out the most to me.
Posted by Adam at 11:53 AM

You must be artistic to have such a great sense of colour, I always like the photos you post.

Gotta love the Redneck Riviera (Myrtle Beach) at any age.

I haven't been to many states either and the few that I did go to weren't all that great.

I'm in my mid 30's and am finally getting to travel, though we moved to a lot of different states when I was a kid. I'll start international travel in a few years as soon as my girls move out.

Myrtle Beach was a place that I visited with Charlotte friends who had a beach house. I was pretty disappointed with the whole place.
However Charleston, SC was another matter - Wow - the history that
oozes from that city. Visited the Citadel as my host was a naval
officer attached to the education staff.
Well let's hope that good fortune comes your way and you can travel.
Travel broadens the mind.
Thankfully I come from a country of travel mad people - well we are a long way away from any of the major "city/country" famous locations so long distance flying is second nature to us.
Cheers
Colin

I always enjoy reading your answers, Adam! And you're very young. There's so much time ahead to get to travel.

It's amazing to me that even though you haven't been to too many places, you have such an open, accepting and knowledgeable mind. I'm in awe of you, Adam.

You've got lots of time to travel yet, Adam! And I hope you do! You have such a passion for history, among other things. At your age I had nothing! Daisy just turned thirty ~ At her age I was shattered by the breakup up of my first marriage. I had no job, no money. I had to leave the USA, which I loved, return to my parents home, and start over from scratch sleeping on a cot in their unfinished basement. Actually, I didn't have nothing; I had the most important thing: a loving and supportive family. I came back in a big way. Save a little bit, every day now, and it will payoff big time later! Happy trails to you both!