Ask Me Anything! Answers Round Six 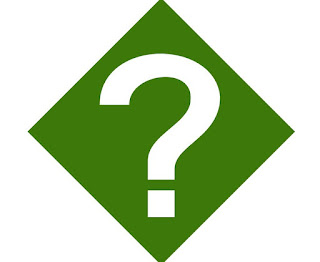 Some time ago I asked you'll to ask me anything you wanted. It's not too late to ask or ask again. But for now here are new answers. And they all come from Miltarypugwife. 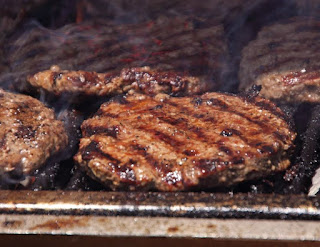 My wife Daisy is not a vegetarian. She loves red meat, chicken, and fish. She loves to eat, and will eat almost anything. I think pig brains (her dad eats them) was one of the few things I can recall she'd refused to touch. 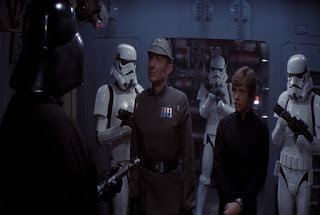 I'd like to know your top 3 favorite movies and your favorite music/bands!

It's really hard to pick a favorite movie. A few favorites off the top off my head was the whole Star Wars series, though Return of the Jedi is my personal favorite. Most say Empire Strikes Back but I like endings better. I really liked the Harry Potter movies though the books are far better especially post-Goblet of Fire. Pulp Fiction, Kill Bill, and Reservoir Dogs are my favorites from Quentin Tarantino. Then you have the Godfather movies though the third was an utter mistake. I loved the original Terminator. And while I liked the whole series, the original Dirty Harry movie was just plain brilliant. 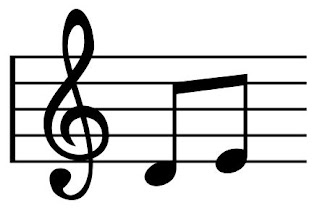 As far as music goes, I'm a bit of a girl at times. One thing that does bug me is that people love to hate on popular musicians. The majority of them are popular for a reason. I really liked Lady Gaga a lot but her later works just don't compare to The Fame Monster. And she doesn't seem to be as weird as she used to be. I don't remember the last time I saw her in one of those bizarre costumes. I also love Taylor Swift, she's one of the few artists that's been fairly strong with every album she's made especially as she's shifted away from country and is pretty much pure-pop now.  1989 was her best I think. I also liked Linkin Park and Weird Al Yankovic is usually pretty darn good with his parody songs. 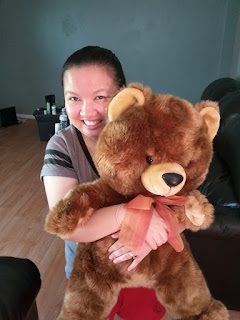 I'd also like to know the most romantic thing you've ever done for Daisy!

I can't really say I've ever done thing that was just over-the-top romantic. I consider myself a realist so those giant acts of love I think are often just acts. I think it's just the little things that add up. Like the many stuffed animals I've given her over the years. Or how I used to get her flowers for no reason at all, but I did stop when she'd keep them long after they had died. Daisy and I talk a lot and pretty much have no secrets from each other. When we got engaged, there was no real question that had been asked. We talked about marriage and it was still something we had wanted to do. I often hear of relationships where the girlfriend has "no idea" when her guy will bend the knee with a ring in his hands. I don't think it's healthy for a relationship if one partner has no idea what the other one is thinking. We're suppose to be two sides of a coin not two different coins.
Posted by Adam at 10:00 AM

PS If she kept her flowers that long it was because she loved them. Maybe you should start giving them to her again or get her live plants that she can keep.....We (women) love getting flowers for no good reason.

I agree -- Lady Gaga is getting too entirely mainstream these days. But I guess even weirdness has its limits as one gets older.

Aw I LOVE your answers especially about you and Daisy's relationship. We are the same way. Love, love all the Tarantino you mentioned....and I totally agree...Return of the Jedi for the win! I loved Lady Gagas earlier stuff, but the recent..eh not a fan. I still think she's an incredible singer though. Thanks for answering everything!

I love your response about Daisy. I totally agree about the secrets! You both should be on the some page. This helps eliminate lots of unnecessary anxieties. :)

I'd like to ask what you'd do if you came to England.

aww...to the flowers. You are such a movie buff.

I agree on the whole Lady GaGa thing. She's not as daring as she used to be.
What are some of your favorite video games (old & new)?

We were the same way. We made sure we knew almost everything about each other before we got married. Granted there are always more things you discover afterwards.

Fun to read, Adam! I'm glad you participated in this.
I have a few more questions for you:
"What makes you incredibly angry?"
"Have you ever changed your opinion about something (perhaps something major?)"
"What is one thing you really like about yourself?"
"Which person in your life do you most admire? Why?"

I think Lady Gaga has become quite a bore and I can't stand her latest song that is out now. I did love her former albums though.

So sweet about you and Daisy. I agree. It really is the little things that add up. My husband hasn't bought me flowers in probably 15 years, and that is A OK with me as long as he brings me a candy bar home occasionally.

I love that photo of Daisy with the big teddy bear! I'm so enjoying this ask me anything series! Oh please don't give up on giving Daisy flowers. she probably kept them so long because she loved them My husband is practical and pragmatic, and he doesn't buy me flowers. You have no idea how much a bouquet of flowers can mean!!! None of my business ~ Just saying!