Ask Me Anything! Round Three 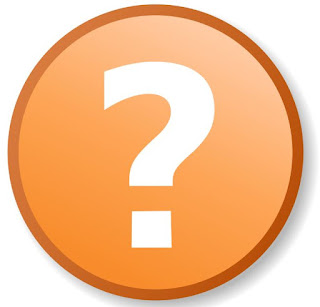 Like I mentioned before, I gave you'll the chance to ask me any question you wanted. If you missed your chance you can still do so, or comment below if you'd like. If you want to ask another that's fine too. Here are my newest batch of answers. 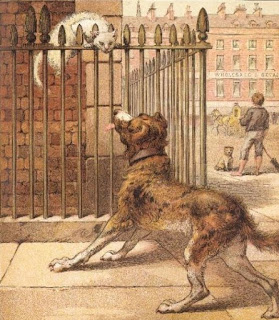 Mary asked What is the strangest thing you believed as a child?

I used to think all dogs were boys and all cats were girls. This didn't last long but it made sense when I was like two or three. 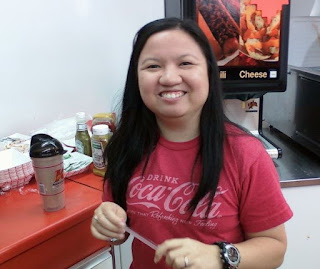 Stephen asked Do you and Daisy plan on having children?

I've given this a lot of thought and the answer is yes and no. I worry about Daisy being able to physically do this. She's also a big wimp when it comes to any kind of pain or effort, and she won't be the strongest person in the hospital. Then there's the expenses just to have the hospital deliver a baby. Even with good insurance, it's insane. But I'd like to have two children. Gender doesn't' really matter, but one of each would give us the chance to raise both. 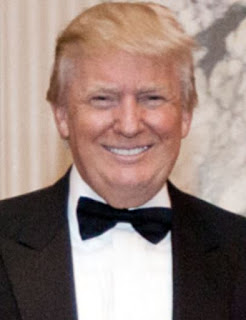 Huggybear asked What are the consequences for the USA if that
lunatic Trump is voted into the White House?

That's a reality that will be something out of a movie. Sometimes I think it's all a big joke and maybe he's being extreme to help out Hillary Clinton by being unelectable. I do find it funny that the Republican Party (as its leadership, not voters) did not want Trump to be the nominee. But Trump has only said what thousands of super-conservatives had said before him. He didn't just make this stuff up one day on his own, he's just been the most notable Republican to not dilute his message with political correctness.

Living in South Carolina, I can say that low-income blue collar white people just LOVE Trump. And they're dumb enough to believe that a New York Billionaire who sits in a literal golden chair and has moved jobs overseas actually cares about them.

Now I can understand people who aren't thrilled for Hillary Clinton. For many it's I'm with Her... I guess. Forget the Libertarian candidate Gary Johnson and Green Party candidate Jill Stein, our 2 party-system ensures neither of them will ever be president. Teddy Roosevelt failed at it, Ross Perot failed at it, and Ralph Nader failed at it. You have two choices sadly, and the choice is clear to me.

Now I will say that some of the hatred towards Hillary is often like the hatred towards President Barack Obama. Conservative pundits have spun a web of so many lies that many don't actually believe in reality anymore when it comes to talking about either Obama or Hillary. Many didn't like Obama because he was black, and a good chunk of Clinton's hate comes from misogyny.  They've been trying to crucify her on Benghazi for four years because they knew she'd run for president. They tried to attack Obama over it in 2012 to almost no success and when he was re-elected it all was surprise-surprise Hillary Clinton's fault. There's a famous quote that if you repeat a lie enough times it becomes the truth.
Posted by Adam at 10:00 AM

Your comments about Trump are spot on!

Nice to read! Good to know you better :-)

I agree with all your political points in this post.

wonderful answers today, funny about your cats and dogs belief, very cute! I suspect you are not quite ready to have kids yet!

Great answers, Adam! I smiled at the cats and dogs belief because it's very cute. I think you and Daisy will make wonderful parents if you decide to have children. And Daisy may even surprise you. Women can be amazingly strong when having children.

As for your election, I'm so curious to see what will happen. Your last line about a lie becoming truth if it's repeated enough times is absolutely true. Most people do not verify if the information they receive is true, so it's easy to gather a following of people based on lies.

Well replied Adam. Take a bow.
We have an excellent TV and paper coverage of overseas events
here in Australia. It is such a pity that the USA
does not follow the rest of the World with FULL coverage
of o/seas happenings - not just the present wars in Syria
and Afghanistan, and not forgetting the threat of that loony of North Korea.
You are spot on with the rely on the unbelievable logic that
work for the "blue Collar" workers will flow like Spring water
if Trump is elected.
Just check Trump's own economic situation. Why doesn't he release
his tax returns???? So bizarre.
The US news on this ridiculous 18 month campaign - no other country
in the World would put up with this stupidity - we just had an 8 weeks of election for the Federal Government - that was enough to drive voters "BANANAS". Elections here - State and Federal are usually of 4 weeks duration of campaigning.
Colin

Daisy you can do it! Having kids isn't the hard part, it's dealing with them as teenagers. Haha

I agree with MilitaryPugWife and I'll add, your wife might just surprise you. But I also agree with Christine - you guys just don't sound ready, just yet.

You and Daisy would be great parents! Time will tell what is meant to be. And you're spot on about Trump, Adam. Clinton may not be the world's biggest prize either but she is at least qualified for the job and emotionally stable.

altho I sure don't agree with your political views..I think you will be surprised at Daisy giving birth...when it's a baby we're talking about, it's a whole new ball game.....

I thought I'd go back and catch up your earlier "Ask Me Anything" posts, because I enjoyed the fourth set so much! I used to think of dogs as "hes" and cats as "shes" too! I knew better fairly quickly, but I still tend to refer to dogs as "he" and cats as "she." Argh!

I can see why you'd think of dogs as boys and cats as girls. And you know we think alike about politics and religion.