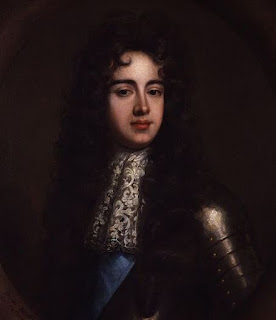 James Scott (born James Fitzroy) was an illegitimate son of King Charles II of England. When his father died, James Scott tried to become king by leading a rebellion against his uncle who was now King James II. As an illegitimate son, he had very little right to claim the throne but hoped to gain support of his fellow Protestants as King James II was Catholic. His tiny war became known as the  Monmouth Rebellion (referring to his title as Duke of Monmouth) which started in May and ended a little later in July of 1685. King James II crushed his rebellion and had his nephew executed for treason.
Posted by Adam at 12:00 AM

Yo don't do THAT to your nephews ffs! Good history less. About the English too! What bastards they were.

Going to war against a king, better have a big army

It's good to be the King.

In the Game of Thrones, you win or you die.

One of the shortest rebellions then, eh? And OMG! The Euron/Cersei theory actually makes a lot of sense and something that Euron would totally do. Cersei is the next best choice after Dany.
Ack! I can't wait for next year when the new season comes out!

It seems like much of human history has been driven by the desire for power.

James II only lasted eighteen months before having to flee during the so-called "Glorious Revolution."