August is the month of my birthday and one of the few months with 31 days so it always seem pretty long. So I can't complain about having a lack of time to do things. Here are my favorite things for the month. 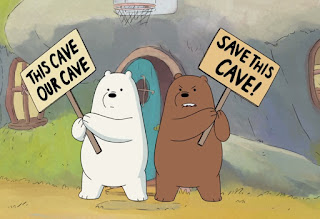 I was curious after seeing a clip of We Bare Bears and gave the Cartoon Network series' first season a try. I absolutely loved it! Cartoon Network has had plenty of cartoons that never seemed to hold a candle to my favorites from childhood, but this one is very smart and clever. My favorite of the trio of bear brothers is the polar bear named Ice Bear. He's so calm, collective, but just so quirky and I think I see a bit of myself in him. 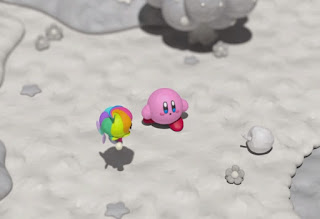 Kirby: Canvas Curse was one of my favorite Nintendo DS games ever, and I'm not very far into the WiiU sequel. I certainly wish they had made it for the 3DS instead even though the WiiU gamepad works for it. Hopefully the later levels revive what the original was as the first world is rather plain and boring but to be honest most Nintendo (and other video games) have a rather boring first anything as it's a warm-up for the tougher levels. 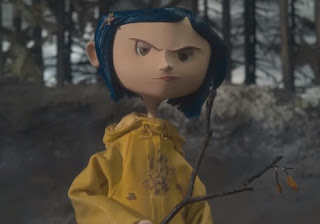 It's been awhile since a movie has really impressed me and Coraline is it. I wouldn't say it's one of my favorite films of all time, but certainly one that I've enjoyed the most for probably all summer maybe even the spring too. It's about a girl that moves into an apartment complex and finds a portal to a "perfect" universe that has a darker side. Even though Tim Burton was not part of the film, it certainly has a Tim Burton feel of being really good but kind of creepy too.
Posted by Adam at 12:00 PM

Haven't seen any of these.

I love Coraline. I'll have to check out the Bears cartoon.