Once Upon a Time (TV Series) Season 5 Review 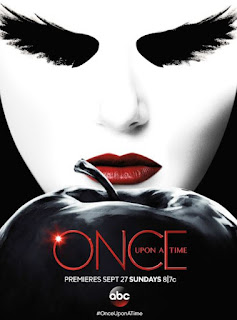 I first started Once Upon a Time about two years ago and it didn't take me long to catch up. I was able to see the fourth season as it came out, and my wife and I are still interested in the show. The show has never quite matched the excellence of some other shows, but it always remains interesting enough. At the end of season four we saw something nobody quite expected, which was Rumpelstiltskin losing his Dark One powers and falling into a coma. The pure darkness was unleashed and needed a new host. Emma Swan decided to sacrifice herself to it in order to save everyone else. Emma had hoped her family and friends will be able to save her, but they may need someone stronger than even the Dark One himself. 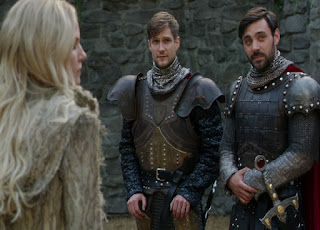 When Emma Swan became the Dark One, she was transported to another realm. She lands not far away from Camelot. The Darkness didn't fully take over her like it did Rumpelstiltskin, and she tries her best to resist. But the powers are trying to morph her into a villain. Almost everyone she meets is in great need to get as far away as possible. When she gets annoyed or angry, she just can't control her powers and fears for those that get in her way. The Darkness appears in her head as Rumpelstiltskin to guide her and that is down the wrong path.  Her family and friends eventually make their way to Camelot. And they run into King Arthur of Camelot who was told by Merlin that they would come at the exact time to their kingdom. They all try to avoid telling King Arthur that Emma Swan is the Dark One now. 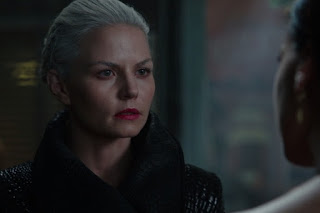 With King Arthur found at last, Merlin can't be far away. They learn that the legendary wizard is stuck in a magical prison and needs to be freed. However before Emma can be cured, or Merlin could be found, the whole land of Camelot's people goes back (or for the first time) into Storybrooke in Maine. They are upset to learn that they left for Camelot weeks ago and so much time has past. They figure out that another curse has been cast, and their memories of what happened are gone. Snow White, Prince Charming, Killian Jones, and Henry Mills are sadden to see Emma as the Dark Swan. Whatever happened in Camelot didn't work out for Emma, and they can't figure out why. And nobody is quite sure where Merlin is. Will Merlin be able to separate Emma Swan from the darkness, or will she remain the Dark One for eternity? 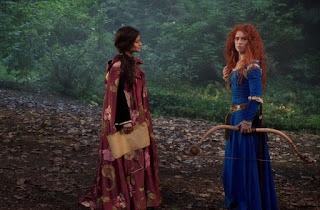 Like most of the other seasons of Once Upon a Time, I had my likes and dislikes. I was really hyped up for the Dark Swan story, but thought it was not quite up to par to what I imagined. I also guessed who Merlin was before they revealed it. I also hate how they are treating Rumpelstiltskin's character as he goes from good-to-evil-to-good-to-evil far too much and they should have let him stay dead after the Peter Pan story arc. Like the 3rd and 4th seasons the season is split into two sagas. I liked the 2nd one far more than the first and enjoyed the reunions of many characters we thought we'd never see again and yes these reunions do not seem forced and they make sense. The premise for the next season is interesting but I'm not as excited as I was a year ago. I just hope the show creators/writers know when to end a good thing.

I really hope it will end well as it's one of the best shows.

No I have never seen))