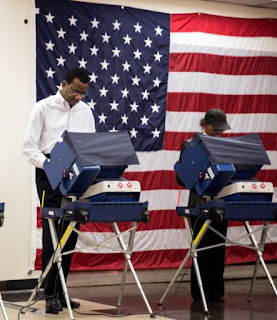 Until the votes are cast in November, we won't know who will be president, but I was one of many interested to see Hillary Clinton face off against Donald Trump. Now most political debates will have people who say someone won because "I like what he/she says" but you can also see who took control and had the best lines. I was very curious to see how Donald Trump would act because he didn't have much he wouldn't say when it came to primary debates. He was far more cordial at first than I ever expected, but it didn't take long for him to lose his cool. I could really see him really starting to be upset when Hillary really got him on his tax forms issue. I'm a big liberal so you know what I'd say, but to be honest when Trump waited so long to shake Lester Holt's hand you know he knows he didn't do quite as well as he was hoping. And the funny thing is that many Trump fans are going to blame Lester Holt for being biased not knowing that Lester Holt is a registered Republican.

We've recorded it and I'm hesitant to watch it because I know it's just going to tick me off.

I wouldn't watch it for any amount of money. I'm disgusted by them all.

I bet you'll all be glad when this election is over...depending on the outcome!

The sad part is that he could still win. It's never about what makes sense.

Sorry, didn't watch it.
Not long 'til November though ...

Sorry, didn't watch it.
Not long 'til November though ...

I for one knew the moderator was a Republican but I still think he did a good job.

In racing parlance - that is horse racing parlance, it was
Hillary who was articulate, unrattled, full of clarity and details
so "she won by the length of the Churchill Downs ( Kentucky) "stretch" as Americans call the final run to the winning post and here we call the straight.
Who really was interested in how many properties that the BUFFOON owns. He got utterly rattled and was incapable of any details.
He again according to the commentators told "LIES".
And from the answers above, it is just how the commentators suggested, Americans were turned OFF. That is sad.
I bet that in major government circles in the world - especially Moscow, Beijing, London, Paris. Tel Aviv, Tehran and Berlin etc etc and here in Canberra - the leaders were glued to the TV screens.
If Americans want Armageddon or the Apocalypse, then vote for Trump but please ensure that he keeps it within the USA present borders,
I do feel sorry for the Canadians and the Mexicans - too close for comfort.
Colin

How I wish I could have been a "Fly on the Wall" - apologies
for using that damn word - "WALL", in both Ottawa and Mexico City. I bet Justin and Enrique and their respective Foreign
Ministers and heads of the Foreign Affairs departments followed the 90 minutes VERY carefully.
Colin

Trump is not suited to politics at all and it showed in the debate, he was out of his depth there and he would be if he got the job.

Well, I always feel totally alone here when we are talking on this subject. Hillary was shot so full of Botox and that silly fake smile she was spreading around...and being fed what to say throughout the entire debate, was all sooo laughable.

You not only amaze me with your views, you bloody well scare the shit out of me.
Maybe I saw a different debate???????
Colin