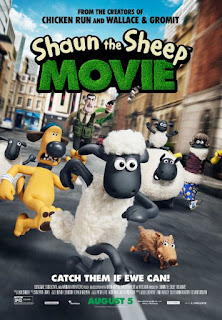 Shaun the Sheep Movie is something that caught my eye sometime last year. I stumbled upon the trailer somehow and I really thought it would be good. Critics often seem to like the movie, a lot. It's actually based on a popular British TV show which was made by the same guy behind Wallace and Gromit and Chicken Run. I actually haven't seen any of them so I will admit it's rather strange for me to just jump into this movie like that. But it's very easy on the newbies, you don't really have know any of the story to know what's going on. But is the movie just as amazing is the near universal-acclaim that critics had given it? 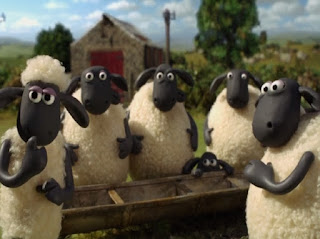 Shaun the sheep is the leader of his flock of sheep but they all really follow The Farmer when all is said and done. While there is a pet-like love between them, they do like to have their own way. One day they decide on a grand scheme to get inside The Farmer's house. This includes creating a diversion for the dog Bitzer who is utterly loyal to his human master. They want them out of the picture for a few hours so they can pig out on food and watch TV. However they put The Farmer asleep inside a trailer which accidentally rolls away into the big city and they can't stop it. They also have very little idea where it went as they have a very hard time trying to find The Farmer once they arrive to bring him back to the country. 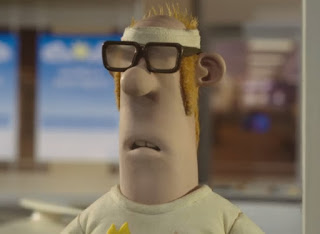 The Farmer got hit on the head quite bad in the city which causes him to suffer amnesia. Bitzer discovers his stay in the hospital but is unable to do much as they do not allow dogs inside the building at all. Shaun and the rest of the sheep try to find The Farmer but they are much worse about it than the dog is. However their reunion will be delayed by Trumper, an animal control officer who is far more concerned about locking animals away than he is about their welfare and finding them homes. While he typically encounters dogs and cats, Trumper is not a big fan of sheep. Neither are many people in the city when they see the herd. 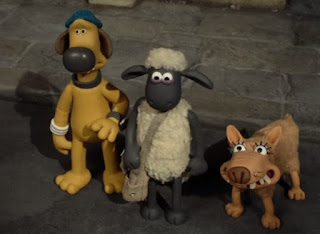 I was honestly a great bit disappointed by Shaun the Sheep Movie. I was expecting near-perfection but I only liked it, I didn't love it. Now there's a lot of British humor in the movie and I assume a lot of it just doesn't sink into my American brain as it would someone across the Atlantic. And not having any love of the show (since I've never seen it) doesn't help matters either I suppose. Though I did like the originality where there isn't really any dialogue in the movie but rather grunts and noises. The first half is a bit of a bore, but I thought the 2nd half was much better. Trumper was also a really good villain to hate and I liked how the story ended with him.

I love that movie!!!

I never heard of it.

You do manage to see a lot of movies.

I've gotta watch this! I saw it was free on Amazon prime yesterday!