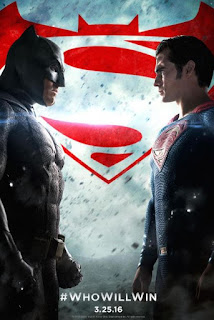 Batman Vs. Superman: Dawn of Justice was something I had looked forward to but I was a bit skeptical since hearing the concept of it. This is not the first time the super duo have been "foes" as it's the major end of the The Dark Knight Returns story-line by Frank Miller. But that took place decades after friendship, in this universe Batman and Superman haven't even met yet. It seemed too ambitious and really didn't try to hide that this was a Justice League movie with only half the team. Critic reviews were not very kind and fans were mixed on this one. I liked the movie Man of Steel while some did not, but did I like Batman vs Superman? 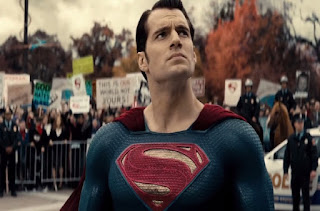 The movie takes place a short time after Man of Steel. General Zod is dead, but the battle between the Kryptonians have many worried about Superman. While some directly blame him for death and destruction, others don't but they are concerned that he's too powerful to be stopped by anyone on Earth. Superman and Lois Lane are still dating and they both have to deal with the stress and guilt of what goes on when the world needs him. Some in Congress think that something must be done to save the lives on those on Earth from aliens with god-like powers. It's up to Superman to prove them all wrong. 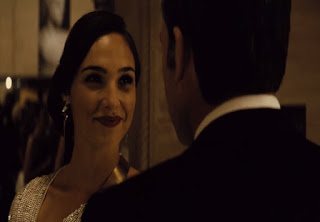 Perhaps Superman's biggest critic is Bruce Wayne who sees him as dangerous rather than virtuous. Another skeptic is Lex Luthor who uses his vast fortune to fund a project that will create a Kryptonite super-weapon to serve as a "deterrent" to Superman and his alien kin. Bruce Wayne tries to uncover secrets, which has him crossing paths with Diana Prince who is really a super-human named Wonder Woman. Batman is very harsh on criminals in Gotham City and this leads Clark Kent to write articles to put down the Dark Knight in the press. With both sides of the ego hating the other, it's only a matter of time until the The Last Son of Krypton fights the Dark Knight. But who will win and how will the world react? 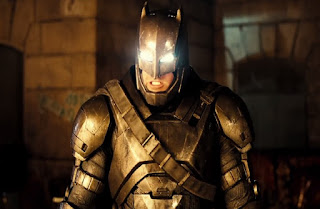 To be honest Batman vs Superman: Dawn of Justice is not nearly as bad I had expected. I actually think it's a pretty decent movie with characters we've loved since childhood. I think this one had the same problem as Spiderman 3 as they just cram too much story and characters into one movie and expected different results they were never going to get. And the feud between the super-pals just seemed so artificial. I didn't really care for Ben Affleck's version of Batman as he's just dramatically different from most versions of the character. I thought Gal Gadot was really good as Wonder Woman and her "normal self" Diana Prince. Justice League comes out in a little over a year and I really hope they can improve on the story. While I liked the movie, they are seriously behind the Marvel Cinematic Universe in terms of quality.

I liked this movie. I just think that it's stupid that they "connect" because of their mothers name being the same, and batman hates superman, and then he doesn't... and the fact that superman dies..