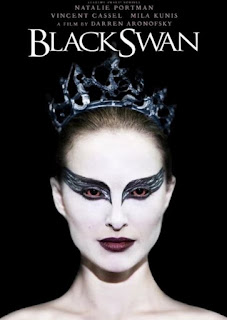 Back in 2010 I do remember Black Swan making a splash in the movie industry. I knew it had the excellent Natalie Portman whom I've always respected as an actress. I also knew Mila Kunis was in it who at the time I only knew from That 70's Show as she played one of the main characters Jackie Burkhart. I couldn't remember if Black Swan was considered a good movie or not. I couldn't even remember what the movie was even about. Something about ballet and some strange relationship between Portman's character and Kunis' character. Critics apparently loved this one back over a half-decade ago, but did I like it? 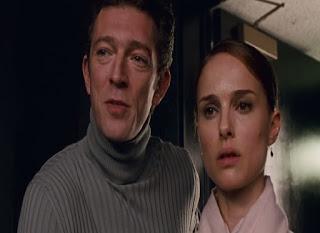 The story begins with Nina Sayers, a ballerina in New York City with some experience but not much notability. The ballet director Thomas Leroy wants a new version of Swan Lake where a girl plays both the White Swan and the Black Swan of the story. Nina is a very shy woman and isn't very confident. However she ends up landing the role of the Swan Queen to her shock. Many of the women that work with her are not very happy about it either. Some have mocked her saying it was just because she had become the "favorite" of the director. Which is not exactly untrue as Nina doesn't exactly have a very professional relationship with Thomas Leroy.  Even though he cares for her, he often doubts if she can be the Swan Queen he wants. 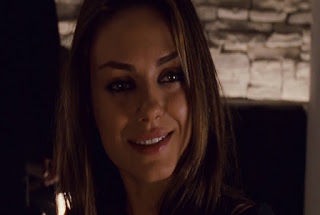 Lilly is another ballerina who is considered to be the most likely person to replace Nina in the ballet. While Nina seems to be the perfect White Swan, she just can't seem to get it right with the Black Swan. Nina lives with her over-protective mother Erica Sayers who sees the stress of the main role take a toll on her daughter. Lilly offers Nina some friendship and they go out for a night of fun. However it's during this night that everything flips upside down. Nina's whole concept of everything will be question by the time opening night comes. But will the new ballet of Swan Lake be a success or a flop? 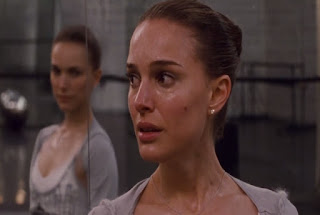 Overall I will say Black Swan is a good film but I didn't think it was worthy to be nominated for an Oscar for Best Picture for the year of 2010. Natalie Portman won her first Oscar for her role in Black Swan and while it doesn't seem like she's worthy of it at first, at the end you can really see why she got it. But the story is what is the main fault of the the film. It's not even bad, but there are a lot of things that make you question the logic and even more that will make you wonder what on Earth is even going on. Some of the moments can get very intense, but I will say the final scene will not fade from my memory for a long time. I wish I could have liked it more, but I certainly think it was a bit over-rated.

I really liked it. It was incredibly intense, like all of director Darren Aronofky's best films. But like all his best films - "Requiem for a Dream" and "The Fountain", for instance - I really only needed to see it once.

His films are suspenseful and definitely keep me riveted for those couple of hours, but once they're over, I'm done with them. They're like an amusement park ride that is only scary the first time you ride it.

I remember seeing it, but not much about it, but I do remember I didn't like it.

Wasn't captivated by the idea of this.

Hands down, I ADORE this movie. For so many reasons. I love Aronofsky's experimental style and his thinking of movies as art.