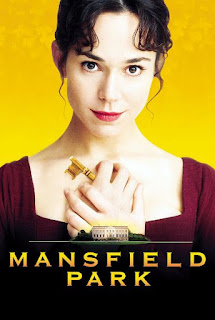 For many people, Jane Austen is one of the most beloved authors of all-time by far. I'm not one of those people I'm afraid. Though I will say it seems she has much larger female fan-base by far than a male one. You also have to take note that Jane Austen died in 1817 so she obviously lived in a different time, culture, country and era. Unlike your strict English teacher, I will say that time does make us feel disconnected to the fiction of old. But I knew I needed to know more about Jane Austen's work and felt 1999's take on Mansfield Park with Frances O'Connor would be good. Though before I started it, I heard fans of the book weren't exactly pleased with this movie. So perhaps maybe this wasn't my greatest idea? 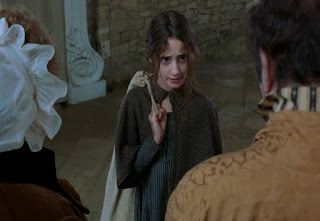 The story of Mansfield Park is about a girl named Fanny Price. Her mother and father are rather poor, however her aunt married a baronet (which is below a baron in nobility) named Thomas Bertram. Sir Thomas is quite wealthy and owns the rather impressive estate of Mansfield Park. There she meets her maternal cousins, most of which treat her as she were an inferior. The notable exception is her cousin Edmund who treats her kindly. Their friendship grows over the years until the two are almost like best-friends. She essentially grows up at Mansfield Park away from her parents and her many siblings. As even though she is more or less considered 2nd class there, it's a much better life than where she was born. 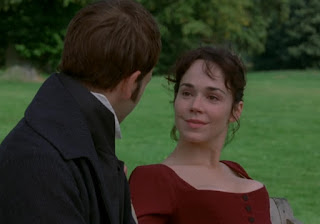 This allows her to be "part of society" with the rest of the smaller nobility. When she is a young woman, it seems that all of her cousins are getting married or engaged. Like her cousin Maria Bertram gets married to a wealthy man named Mr. Rushworth though it's not for "love".  Fanny has different ideas about why and who she should marry. Things get uneasy for her when two siblings named Henry and Mary Crawford arrive as guests. Mary is quite beautiful and appealing, and Edmund takes quite note of this. While Henry Crawford out of many people's surprise wants the hand of the rather modest Fanny. However Fanny doesn't trust him, but Sir Thomas thinks she is being stupid. 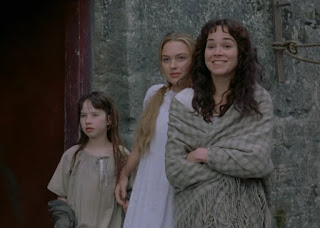 For the most part, I can't really say exactly what this film version did wrong compared to the book since I never truly read it. I hear they changed a lot of the characters and the main theme of the novel. Like Fanny is apparently much stronger and independent in this version than she was in the original story. I also hear they took part of Jane Austen's life and morphed it with the story which is... peculiar to say the least. But I found the story rather boring and it was difficult at times to really care for the plot or any of its characters. I enjoyed it a little, but not enough to make a real difference but I'm not ruling out seeing more movies based on Jane Austen's work in the future.

Hmm, haven't seen that one yet!

Jane Austen wasn't a writer I can get into. Like you say, she appeals to women more than men.

I've enjoyed reading many of her books. I think you're right though in that women are more apt to like her books. Haven't seen the movie. I prefer reading the book.

My moms name is Ida.

I liked that version of Mansfield Park. There is another one that I didn't care for as well.
I've never read the book. I should, I know. I just love the Jane Austin movies.