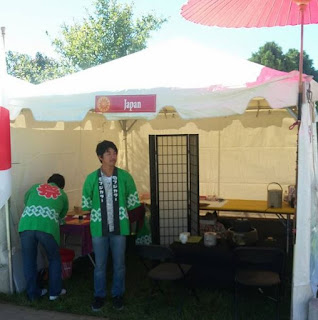 During our trip to the Spartanburg International Festival we took the trivia challenge which gave us a paper with questions to answer. Every question was about one country and you had to figure it out. I knew a few but a couple were anybody's guess. Like Japan's was "What uncommon ingredient is found in a typical Japanese breakfast" the answer was rice... 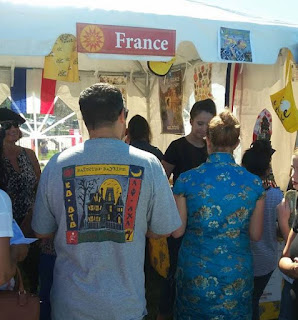 France's was how many president have they had in like the last 32 yeas. I had to ask even though I had the general idea. 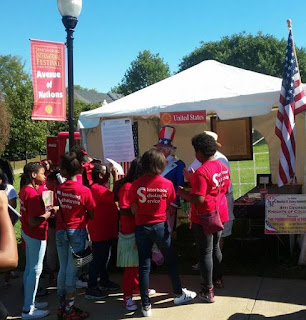 Of course Murica had their own tent too. Uncle Sam here loved talking. The other guy was from the Knights of Columbus, a fraternal Catholic fraternal group that has fought to put the Christian god into the U.S. Federal government. Because you know...liberty. 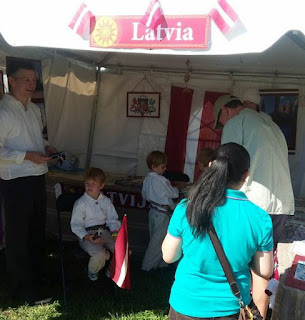 There were plenty of others and the cool thing is most of them were actually from their country. Some were just descendants of immigrants. Guatemala's representation was rather pathetic, they were all white and American. They just were Christian missionaries who had traveled there before.
Posted by Adam at 5:00 PM

That really does look interesting!