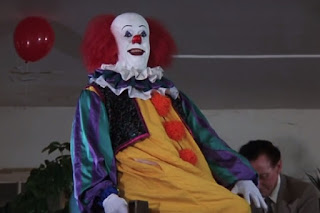 Since it's Halloween time, I'd figure I'd make a list of my favorite scary movies. Now to be honest, I don't really like horror movies. While my brothers loved them at a rather early age, I was more than usually the chicken that would wander away into another room. Many years later I've never been a person to really seek them out. They really have to earn my love and respect. So which five really made an impact on me? 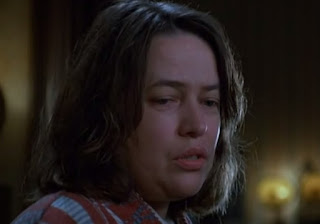 I wouldn't call Misery a real scary movie, but it's based on Stephen King's work which counts. It's about a writer that gets in a tragic accident. He's nursed to health by one of his "biggest" fans who turns out to be pyscho. And she really hated his last book. Things don't go too well for that guy, but I thought the ending was rather obvious. It's still a stellar movie and features great acting from Kathy Bates and James Caan. 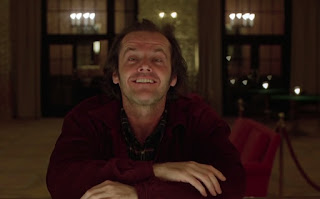 Ironically Stephen King hated this version of The Shining. But most other people loved it though critics initially didn't know what to think. Guy loses his mind being the only legitimate caretaker at a haunted hotel closed for the winter season? That's a story you don't hear every-day. This is arguably Jack Nicholson's most iconic role too. Not many scenes rival that of the axe through the door. Though I do understand Stephen King's criticism of this version, and I do think it should have stayed more true to the book. 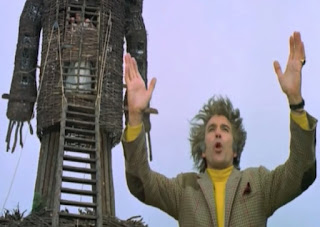 The Wicker Man is certainly not really scary, but just a really darn good movie. A lone police officer goes looking for a missing girl on a isolated island. He finds a community of neo-pagans with rather strange views. It's a brilliant twist at the end as well.  I hear Christopher Lee considered his role as Lord Summerisle as his all-time favorite, which is huge considering all the movies that man had done before he passed away. 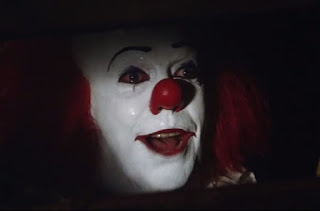 Stephen King's It might not sound like the greatest title in the world, but man is it scary. Technically this one was really a mini-series but I always considered it a movie. The story is all-around amazing, and always keeps you scared and interested. Pennywise the Clown is certainly one of the most frightening villains in fiction. I don't consider myself to even have a remote phobia of clowns, but this joker is someone I wouldn't want to appear in my nightmares. Got to hand it to Tim Curry for portraying the legendary clown himself. He's made a lot of people afraid of the dark. 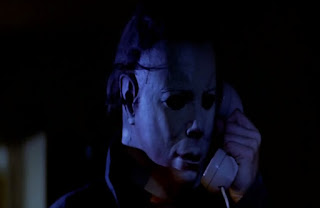 Surprised that you didn't see the vicious Freddy Krueger or infamous Jason Voorhees on the list? Well I don't typically like that type of horror but I just love the original Halloween from 1978. I think the problem with those movies and the Halloween sequels is that the villains are seriously over-powered. I remember in a Halloween sequel that Michael Myers isn't stopped by a skilled police squad which is utterly ridiculous. In the original Laurie Strode is able to fight him off (partially) with a clothes hanger. It was very low-budget, but they made up for that with good story-telling and just a perfect feel for a horror movie.
Posted by Adam at 12:00 PM

OMG I can't want scary movies but I would catch pieces while passing by my lil brothers room!

Stephen King's IT was one of my favorites. I've seen all of the movies you posted and liked all of the with the exception of The Shining. It was a bit boring to me. I just re-watched several of the Phantasm movies yesterday.

I LOVED scary movies as a kid! Even if I sometimes got a little too scared. Hahaha
The Shinning is a good movie but I only found one scene scary which was when that really pretty naked woman appears and then becomes really scary-looking.
And am I crazy for not being scared of Pennywise? I loved this film since I was small but it never scared me, I always laughed! The one film that terrifies me to the core is The Exorcist. >___>

I don't normally watch scary movies but my son did trick me into watching one recently called 'hush' I think.

I've seen all of them except for that version of Wicker Man. I always enjoy a good horror film but there are not that many successful ones.