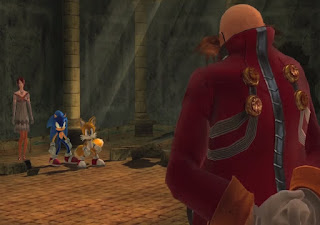 I've played many video games and there have been more than a few terrible sequels. This list is more about disappointing me more as a gamer and obviously doesn't include games I've never played. There are some bad sequels like Perfect Dark Zero or Duke Nukem Forever which I can admit were bad, but since I had no affection for the original games I can't say I was disappointed.  And I excluded spin-offs which can be bad in themselves. These were suppose to be the next awesome game and the only thing awesome was the hype not the actual thing. 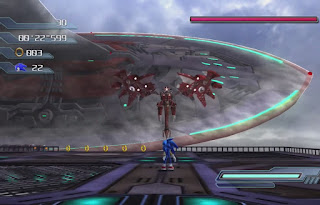 Sonic has long since passed his prime and while I didn't like Sonic 3 on Sega Genesis nor did I play Shadow the Hedgehog, this Sonic was just horrid. The game first irked me because they didn't give it a true title, but it looks like it played like the Sonic Adventure games from Dreamcast/Gamecube. It many ways it does, but the levels are so poorly design and if you thought the controls were bad in the Adventure games this one is a joke. They also had very beautiful cut-scenes with a story that was far too serious (and didn't make sense ironically) and Sonic had too save a beautiful human princess who seemed like she was so far out of place. It was almost like someone got drunk and had a dream that mixed Sonic and Final Fantasy and turned it into a nightmare. This one proved that Sonic was never going to be as good as he used to be ever, and it forever shattered my hope in the series.

4. Zelda II: The Adventure of Link 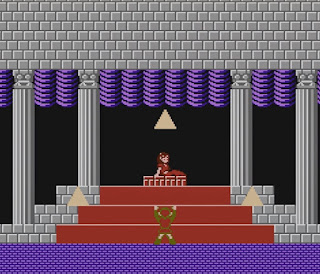 When the 2nd Zelda game came out in America in 1988 I was only a few months old. I didn't fall in love with the series until about the year 2000 when I first played Ocarina of Time. I went back and played first game and loved it and I played A Link to the Past and loved it even more. Zelda II was the most non-traditional Zelda and while some think it's good I do not. Now the Phillips CD-i games are worse games but not many of us really had the system and knew it was horrible long after they were released. I really wanted to love it but the side-scrolling was dumb and the dungeons felt like getting lost in a maze in a bad dream. 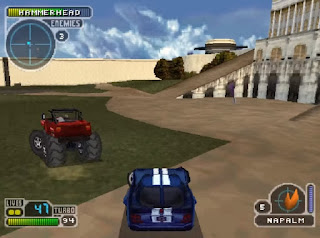 My brother Brandon had the first two Twisted Metal games on PS1 and all of us spent many hours playing them. Twisted Metal III came out a bit before I ever read video game magazines and cared about reviews. I picked up the game at Toys R Us and got a funny feeling about it and got it exchanged for something else before I opened it. My friend got it not long after and we played it at his house and it was garbage. Critics felt the same and it's not hard to understand as it wasn't even made by the same team. The series was lucky to survive to a new era of consoles but it's not nearly as huge as it once was. 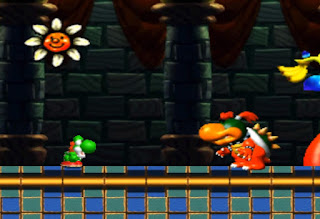 When I was a kid I didn't have many games on the SNES but Yoshi's Island was one of my favorites by far. Yoshi's Story was the first sequel and this N64 game was a giant mistake. The graphical style just seemed wrong, the imagination was questionable, and the levels weren't very fun. I gave the game so many chances over the years and while the other sequels to Yoshi's Island have been good, this has been the one true blunder. Not much of a surprise that Nintendo didn't make another game in the Yoshi Island sub-series until almost ten years after Yoshi's Story. 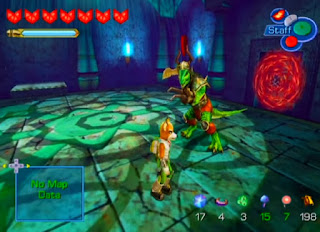 StarFox Adventures started out as N64 game about dinosaurs by Rare and it got morphed into the next StarFox game for the Nintendo Gamecube. It was obviously dubbed a "Zelda Clone" and I was hyped up beyond belief. A bad EGM review by Chris Johnston spooked me enough to avoid the game for a few years even though most critics seemed to be pretty happy with the game. I think Rare had a strange hypnosis on a lot of gamers back then because their "adventure" games are filled with mostly-empty dungeons, pointless fetch-quests, and combat that was almost non-existent. Like take General Scales here who was suppose to be the Ganondorf of this game. Not only did they reveal Andross as the true villain but the battle against General Scales is nothing but him standing around waiting for you to hit him.
Posted by Adam at 12:00 PM

Email ThisBlogThis!Share to TwitterShare to FacebookShare to Pinterest
Labels: A Look Into Video Games

I loved to play Sonic on my computer 5 or more years ago!

Yoshi's Island was fun, but you know what wasn't fun? That damn crying baby Mario. Worst sound effect ever. I can still hear his shrieks in my head, even after all these years.