Question: Who Will Daenerys Targaryen Marry Next? 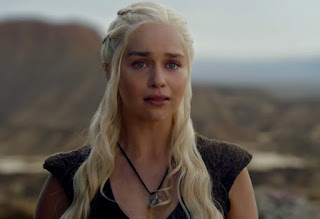 Obviously this is for fans of the Game of Thrones show and the A Song of Ice and Fire books. Daenerys Targaryen is one of the most important characters in the series, and arguably the most beautiful. With a huge army that is almost assured to take the Iron Throne from Cersei Lannister, all the noble men in Westeros would dream of being her husband but only few would be able to. Like her previous two marriages (even though her marriage to Khal Drogo became a loving marriage) this one will most likely be political. But who in the Seven Kingdoms will she marry? 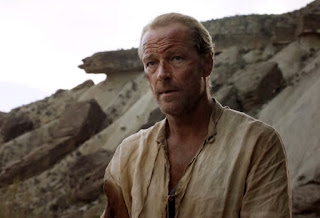 I think there is very few fans who think she'll end up with Jorah Mormont, but I don't see that happening. He's betrayed her and earned her respect back, but he's not someone she'd marry to secure politics. The best Jorah could hope for is for his Queen to restore his title as Lord of Bear Island which is not very high up the ladder when it comes to noble families. And that is only assuming he survives his greyscale. 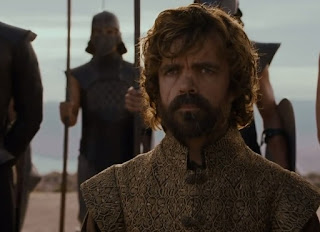 Some might think of Tyrion Lannister who will most likely become the true Lord of Casterly Rock and Warden of the West when the Dragon Queen takes back the Seven Kingdoms. He's Hand of the Queen now (though officially to the Iron Throne it's Qyburn to Queen Cersei) so he has the Queen's love and respect. But even Tyrion mentions to Daenerys that she should choose someone to secure her role as Queen. Tyrion has no reason (or option) to turn on her, so she won't need someone from the Westerlands. She also has the support of Dorne and the Reach which have ruling houses with no male heirs. So who does that leave with great power? 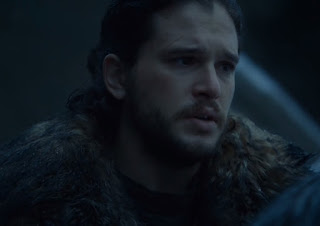 Jon Snow of course! Now neither of them know that Jon is really Rhaegar Targaryen's son who I think was born out of a secret marriage to Lyanna Stark which would make Jon the true heir to the Iron Throne and not Dany. Even if the truth doesn't come out, Jon is the King in the North, and perhaps King of the Trident (Riverlands) (like Robb Stark was) and maybe even King of the Vale too. With Walder Frey dead, the Riverlands will most likely fall back into the hands of House Tully which would easily ally with Jon Snow.  A marriage with Jon Snow would be Dany's best chance at getting back all the kingdoms and with no war with Jon's three. Now some might take note that Jon is Dany's nephew, but that never stopped Targaryen's before.

Who do you think Daenerys will marry?
Posted by Adam at 12:00 PM

Email ThisBlogThis!Share to TwitterShare to FacebookShare to Pinterest
Labels: game of thrones, question

can't comment..don't know anything about it

Romantically speaking, Mormont would be the one who would really love Dany, but I'm rooting for the Jon Snow/Dany marriage. I think story-wise, their union would be the one that can conquer the 7 Kingdoms.

PS I'm so tempted to buy the enhanced iBook edition of GoT just so that I can read an excerpt of Winds of Winter...sigh...

The heck with the men. She should hook up with Yara Greyjoy :) She is a warrior and a leader!