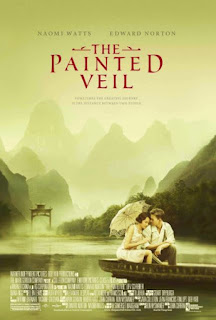 Back in 2006 I had no flipping clue what The Painted Veil even was. I only heard about it recently, but it's based on a 1925 book of the same name by British author William Somerset Maugham. Now granted this isn't the first movie based on the novel with two had been made before. But since the last one was in 1957, it's easy to say that it was time for a remake. I know very well of Edward Norton, who is one of the most talented actors I've ever seen especially for an American. Critics seemed to be in-love with this one so it seemed like a match made in heaven.  Was it or did this one let me down big time? 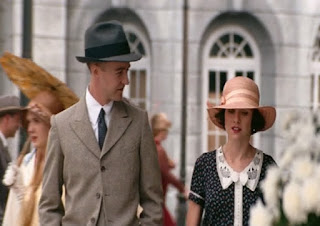 The movie is set in the early 20th century. Kitty Garstin is a London socialite who honestly can't stand her mother. Her father knows of a man named Dr. Walter Fane whom takes a liking to Kitty. But the pair couldn't be much more different. She likes to be independent and social, while he is fairly isolated and likes to read books and do work. Walter proposes to Kitty which she accepts as it's a better fate than living with her mother. Walter seems to love Kitty, but his new wife does not share the same attitude about their marriage. But regardless, the two will travel to Shanghai China as it's part of Walter's job. 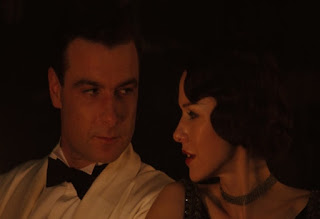 Walter is a bacteriologist and many parts of China are plagued by epidemics of cholera among other things. But cholera is the certainly the biggest monster lurking in the shadows. Unhappy with her marriage Kitty has an affair with a married man named Charles Townsend. Walter finds out and gives Kitty a choice. She can either go through an embarrassing and painful divorce or she can join him as he goes to the heart of a cholera outbreak to save people. She agrees, but things will not be easy there. Regardless of physical health, there is much political unrest in China. Many nationals are bitter towards the British, and anger can have its consequences. Will the two make it back home with their marriage or even their lives in-tact? 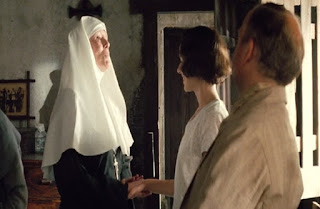 Overall I really liked The Painted Veil. I can see why they chose a novel not that many people knew of and had long been forgotten. The story seems fresh and original as it hadn't been told for about half a century. I usually get bored somewhere in a lot of 2 hour-plus movies but not so much with The Painted Veil. I was interested pretty much the whole time. I did read there were some changes from the book but that may of been for time-restraints which is forgivable. I think a lot of people have forgotten about The Painted Veil since it's been ten years ago, but if you have the chance don't miss out on it.

It sounds interesting. I'll have to check it out.

Not my kind of movie.

I saw and enjoyed this one.

I love this movie (and Edward Norton)! Hahaha

I'll check Netflix, hope I can find it.

Hello Adam, this is one of my favourite films. I have seen this film three times.