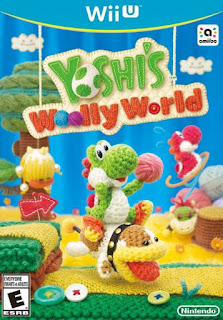 Yoshi's Woolly World is yet another sequel in the Yoshi Island sub-series of the Mario franchise. While I didn't get to play it, I remember Kirby's Epic Yarn which more than likely inspired the graphical style of Woolly World especailly as the same team is behind the new Yoshi game. Yoshi's Island was one of the best games on the Super Nintendo and easily one of the best of all-time. The original sequel, Yoshi's Story was terrible but the next one Yoshi's Island DS was a lot better. Yoshi's New Island on 3DS was decent but certainly not close to the original. Does Woolly World finally compete with the original or is like the two portable sequels? Or even worse is it like the N64 mistake from the 1990's? 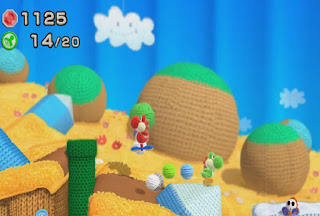 Not a whole lot is new in Woolly World. The obvious one is the graphical style where everything is made of yarn. Including Yoshi's eggs which don't even resemble eggs anymore. Baby Mario is also absent, and your health is determined by a meter and the only way to refresh it is to find power-ups or get to a check-point. There also also new badges and an easy mode. Badges are essentially power-ups (e.g. better health, immunity to fire, can't fall into pits) that you have to earn with the gems you collect. You can only use one at a time and each time will make you lose more gems. Lastly is a co-op mode where another friend can be a Yoshi too. My wife Daisy is really bad at video games, so we didn't get to try that one. 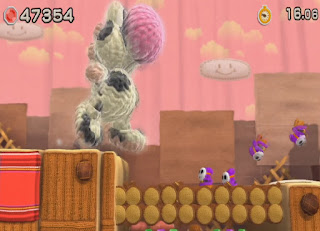 The series' staples are here though. Egg-throwing, monster-gobbling, creative bosses, and unique transformations are plentiful here. The villains are pretty much the same. The magikoopa Kamek arrives to the land of the Yoshi's and turns them all into pieces of yarn that must be re-collected to reform back into a real Yoshi. Kamek misses two (Red and Green) and it's up to those two to save the rest of their kind. While some Yoshis are saved in the story, you can rescue one per stage by finding the hidden pieces of yarn. And they are unique and usually based on something like cows, shy-guys, and other things in the Mario universe. 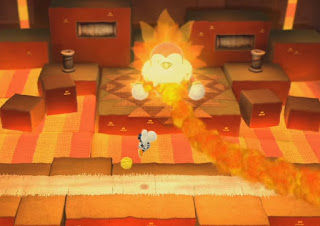 I did enjoy the yarn collecting for about half of the game until I stopped caring. Some of them were ridiculously difficult to find without looking it up as well as the flowers. I thought the boss battles were pretty darn clever (but none are terribly challenging)  and the levels seemed to be really well-designed. But I still stay this just can't compare to the original Yoshi's Island. It's much better that Yoshi's New Island and Yoshi's Story and about on par with Yoshi's Island DS. With the news of the Nintendo Switch console coming out next year, the WiiU might seem like old news now. But if you have a WiiU still, Yoshi's Woolly World is a good adventure for any Nintendo fan.

Never heard of it.

Not my wheel house.