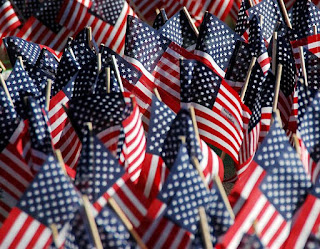 While there is a big political un-rest here in the United States, we as Americans should not waste our chance at giving our say in the democratic process of choosing our leaders in this republic. Many don't like Hillary or Trump, but think about how many people in the world can't vote for any leader. And women and African-Americans had to fight for a very long time to be able to vote either legally or peacefully. People have literally died in America for trying to vote when others said "no", and we have about half the country sit at home almost every four years during the most important election anybody cares about. Take some advice from our current commander-in-chief, if you don't like what's going on with our politics don't boo (or whine about it) and do nothing, vote and have your say on the matter.
Posted by Adam at 5:00 AM

i agree with you! just go there and have your say on the matter! that's the most important thing :)

This election has certainly been interesting, no matter what the outcome it there is going to be unrest.

I agree that people should get out and vote and send a message. With two people in the race your choices are limited and in this race there are just two poor choices.

Well said. No matter the winner, our country is in trouble.

I mailed in my ballot last week.

My ballot came in the mail last week and I sent it in.

Not to sound overly patriotic or corny, but America already is the greatest country in the world. Everywhere you go there will be history of land taken by natives, slavery, forced religion, etc. But the one place that came out on top the best is America. It's a country that was built off of immigrants from all places; some through slavery and others through refuge. Anyone who says that America is poorly troubled clearly has not been out of the country enough to see how other people live in different parts of the world. Compared to everyone else, we are spoiled and should not take advantage of that either! It's very important we all vote for the most experienced candidate.

Hey,
the American election today between Trump and Hillary is to be on everyone lip's. News from all over the world are talking about that. Here in Germany the vote election is four weeks one of the top themes at TV.
Lea

This year I early voted- a first for me.

Adi
Well done.
The last sentence is the all important one.
One has experience and one has a head full of nonsense
and is a member of the Apocalypse Horsemen - the Mad FIFTH
one - Armageddon!
Your polls on the Atlantic coastline closed here 30 minutes ago.
What the hell is this nonsense with the law suit in Nevada for those pre-voters who couldn't get in before the polling station closed. It is NOT their fault that the procedure was so slow inside and they ARE BY LAW if standing in a voting queue ALLOWED to cast their vote. What nonsense by the 5th Horseman and did you note him and his son looking over the ballot screens to see who their "bimbo, baby doll wives" voted???

We will see if AMERICA (USA) is the "so-called greatest country in the world", only in US eyes, by some say 9.00pm here (Wednesday 9th), I do NOT agree with you on your country being the greatest, that is what the rest of the World hates hearing.
Good luck - Hillary or the World will be building the walls to keep you all in.
Colin
PS: Re-done due to a spelling error.

I usually do an absentee ballot, but went to the polls for the first time today. Thankfully, I was in and out in under 10 minutes.