Fact of the Day: Susanna Salter 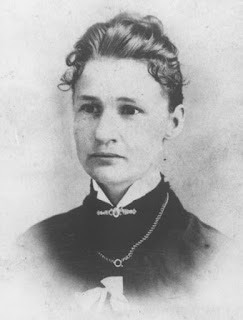 Susanna Salter was elected as the first female mayor of any town/city decades before women could even vote in 1887. As mayor of Argonia, Kansas she was met with some opposition to those who did not want "petticoat rule". She did not seek re-election by the time her turn was over.
Posted by Adam at 12:00 AM

Wow that's pretty cool! I bet that must have been so hard back then.

She must not have been popular with the men in Argonia, understandable back in those day I guess.

All the way back then! I can just imagine how challenging it was for her.

That's such a great accomplishment and a welcome piece of news after the whole tragedy of last election result:(

I doubt the men made it easy for her.

She sure beat the odds

Wow, how did she do that?