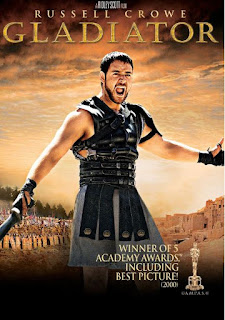 I was only 12 years old in the year 2000 but I recall Gladiator when it was relatively new. Over the years I knew of Russell Crowe as an actor but just never saw almost any of his movies. As such I never saw Gladiator for 16 years. I heard it did pretty well with fans and critics alike. Not quite universal acclaim but good enough. And it certainly was considered a great film as it was good enough to win an Oscar for Best Picture for the year of 2000. I don't know what kept me from seeing Gladiator except maybe the unfamiliarity with Russell Crowe and frankly everyone else in the movie. I noticed Richard Harris was in the movie as the old Emperor, a year later he would become Albus Dumblefore in the Harry Potter series before dying after the 2nd film. I just finished the first season of Rome which was about the fall of Roman Republic, but this one is set during the prime of the Roman Empire before Constantine got rid of the old gods. 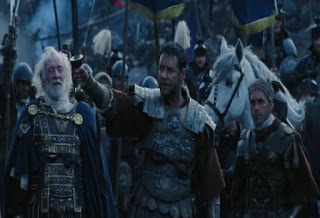 The story is about Maximus Decimus Meridius, a Roman general who defeats Germanic tribes. Weary of war, he wishes to return home to his wife and son and their home is in present-day Spain. However it will be hard to retire from military life and even harder to escape Roman politics. Emperor Marcus Aurelius loves Maximus like a son, and informs him of the future of Rome. He tells him that instead of his own children, he wants Maximus to take over the country. He believes it's time for Rome to become a republic once again. And with Maximus having no desire for politics or power would be the best person who would not to be tempted by such glory and to ensure that the transformation of Rome would go without many bumps in the road. 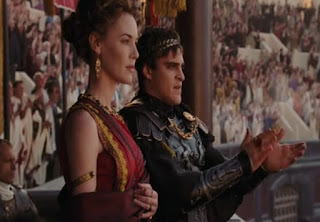 The old Emperor's youthful son Commodus hears the news, and decides to murder his father and become Emperor instead. He makes it look like his father died of old age. He offers "friendship" to Maximus but he refuses him. Not because he wants his throne but because he killed the man he admired. Maximus is taken prisoner but escapes with some struggles. When he reaches home, he faces his own tragedies. He is eventually taken prisoner in the chaos and becomes a gladiator in Northern Africa. Along with a team of warriors, they become quite good. So that's when they get to go to Rome where the new Caesar himself will be able to watch the matches. And that's where Maximus will get a chance to get his revenge. But can he really over-throw a tyrant? 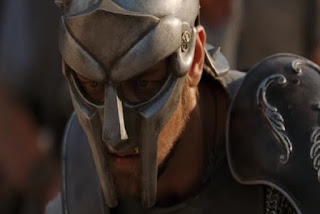 Gladiator was about as good as I was expecting. The Roman Empire has always been very interesting but I wish they made the Emperors fictional instead of historical like most of the characters as their fates in real life were kind of similar but certainly different. The fight scenes were impressive but not very intense as you can pretty much predict who the victor will be. Was it worthy of the Oscar? I'd say it certainly should have been at least nominated. But I don't think 2000 was that tough of a year for Oscar films. It's not really historically accurate, has its issues, but I found it quite entertaining like many did at the beginning of the millennium .

I need to watch this one!!!

I need to watch this one!!!

It's a great film.

This was recently on one of our TV channels and we watched it again.
Great film, I think Russell Crowe played his part well.

It was a pretty good movie, although not accurate historically.

Yes, some errors here and there, but truly enjoyable. I liked the idea of creating the movie with a sort of "what would happen if".. (the emperor Marcus Aurelius killed by his son). Indeed Marcus Aurelius was one of the few Roman Emperors died by a natural death.
Nice movie ;-)