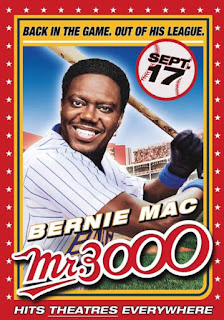 The early 2000's was a good time for Bernie Mac personally. He had success with The Original Kings of Comedy, and as well as The Bernie Mac show. It wasn't the greatest sitcom in the world, but I enjoyed and watched most of the series. I do remember when Mr. 3000 came out, but I never saw it until now. 2004 was about the time I stopped playing in the Little Leagues so I guess maybe I was just sick of baseball or depressed about leaving it. I don't quite remember to be honest. Unfortunately for Bernie Mac he died four years later in 2008 at the age of 50. I got the chance to see Mr. 3000 and I had hoped it would be decent. 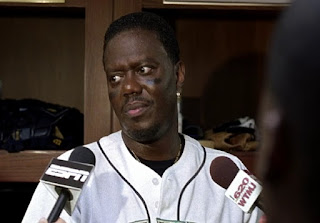 The movie is about a baseball player named Stan Ross who is a legend in the year 1995. He gets his 3000th hit and during a press conference gets extremely mad and quits. Which was not good for his team, The Milwaukee Brewers as they were hoping to make it to the World Series. Stan is confident that he'll make it into the Hall of Fame. In the meantime, he becomes an entrepreneur of many different trades. However he does spend most of his time at his sports bar where he has 3000 baseballs decorating the wall. While Stan has his supporters, most remember him as an arrogant jerk who was not humble at all. 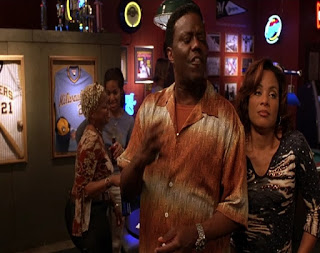 Enjoying his previous success, Stan gets a wake-up call. The Hall of Fame still hasn't let Stan Ross in, and it most likely won't happen as a fact-checker realized that 3 of Stan's hits were recorded incorrectly so instead of Mr. 3000 he's really Mr. 2997. Had Stan Ross not be arrogant, he could have easily surpassed 3000 before he would have naturally retired from baseball. The Brewers agree to have him back, mainly because fans have grown bored and Stan's attempt to get his 3000 hits back has revived the large crowds. However Stan is still very much like he was back in the 1990's, as he offends fans and his own team-members alike. But when you're a 47 year old man playing Major League Baseball, you're going to need all the friends you can get. 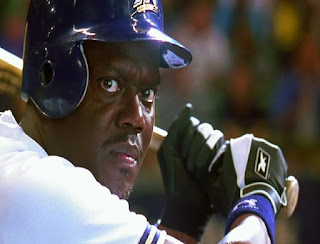 I'm actually very disappointed with Mr. 3000. I wasn't expecting a Oscar-nomination but this movie was just plain misguided. Stan Ross himself is one of the few protagonists in fiction that you actually kind of hope loses by the end of his story. For most of the story he's not very likable and when the obvious change-of-heart comes into the story you don't really believe him either. As a baseball fan, I've also noticed some things in the story that would probably never actually happen. Critics and regular folk weren't too impressed either back in 2004, so I guess this one will be almost forgotten years from now if not already.

I totally missed this one. Guess I didn't miss much.

I didn't see it. Sounds like I didn't miss anything.
Hope you and Daisy had a wondrous Thanksgiving.