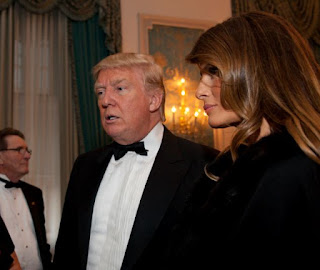 Now I'm not telling you who to vote for because honestly almost everyone's opinion is set in stone, but I do need to vent. We all have our opinions about Donald Trump, he's un-arguably has been the most colorful character for a major party nominee in any presidential election ever. But lets forget all of Donald Trump's stances and views on issues and look at his character. This man is literally unqualified to be President of the United States. He has zero experience in government which is not a good thing. President Obama had a difficult time with Congress because he only had a partial-term as Senator and didn't know how to handle them until they were already obstructionists who opposed him on all issues just because..well you know. He's an obvious ego-maniac and it baffles me how any working-class person think he even cares about them when he's a billionaire who sits in a literal golden chair. There's a reason world leaders are already mocking him, and that countless Republicans are refusing to endorse him. Russia's Putin and North Korea's Kim Jong-Un think he's a "wise" choice for president. Russia is an on-paper "friend" of the United States but North Korea is a self-proud enemy. Can you put two and two together and figure out why two tyrants want Orange Hitler in the oval office? It's not to make America great again. 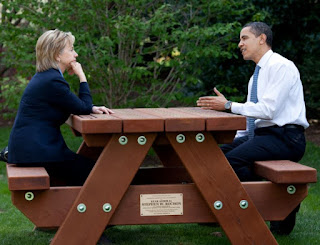 Because despite what Fox News and the rest of faux-journalism says, America is great but we still have issues we have to address. Now here's the difference between Trump-fans and Hillary supporters, we see her for her faults. But to be real, if you think Hillary is a corrupted in-human monster who personally murdered Ambassador Chris Stevens in Benghazi then you're the most gullible person on the planet. Funny how our last nominee (Barack Obama) was painted as radical Communist-Socialist Muslim who hated America, white people, and was apparently the Anti-Christ. And now Hillary is apparently worse than dirt. Journalism is dead. You know what you see above? Two human beings who want to see our country do better. And to be fair Donald Trump does want to see America do better too, I really don't think any candidate in the history of ever really hates the country they're apart of even if it's out of self-interest alone. Though Hillary and Obama care more about all Americans, and even if Trump is just saying stuff to energize the right-wing crazies, he's been racist, sexist, homophobic which alienates a good chunk of Americans. 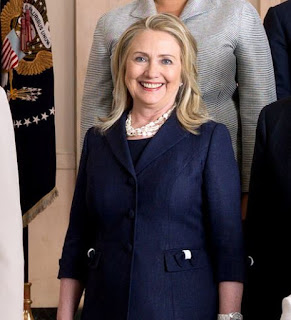 I'm voting for Hillary Clinton because she's the only choice we got and she's far better than most people think. She has more experience (and variety of such experience) than almost any candidate in history. While Jill Stein on-paper appeals more to Bernie-supporters like me, voting for her is wasting your vote (just like Republicans voting for Gary Johnson who want nothing but a right-wing president) and even if you think she has chance Jill Stein isn't even prepared to run a soup-kitchen let alone the world's only super-power country. And I want her to nominate justices to the Supreme Court as we need justices who protect civil rights (not legitimize prejudices for conservative White Christians) and rule in favor of the people not corporations because they said so. So yes, I'm With Her.
Posted by Adam at 12:00 PM

All good points, my friend!

Trump is a better choice than Clinton. Anybody who Obama supports is a loser from the off. He turned up in Britain. We voted against him.

I voted for Hillary in Oregon's mail-in ballot four days ago.

There are aspects of his agenda I like: I like some of what he says about trade. I like the fact that all of the Bush Administration's war team opposes him. I'm sure there is a third thing, and maybe even a fourth.

But the messenger is so flawed, so prone to trolling and racial tangents, that it, well, makes me forget that third and fourth thing I might agree with him on.

I am so ready for this election to be over with.

Wow...I'm sure that Adam is *really* convinced by the insults and evidence-lacking opposing case of someone who appears to be a Farage fan.

(And no, "we" did no such thing against President Obama.)

This election should not be close at all, not with how much of an appalling candidate Clinton's opponent is.

I voted, but in my mind just for the party, not a person. Regardless how it goes, our country will be no better off.

All good points, Adam. Good luck to all of you this week!

All the best Adam, let's hope for Hillary wins.

I'm with LV. I really don't think it matters who wins, both choices suck. I agree with what others are saying. Neither candidate is going to fix our problems. It's up to us to rally together and fix what's wrong in our own communities.

I have been told that the Canadian website on immigration crashed????

Well you have made your bed, now you can stew in it.

The wall is up and it didn't cost the US taxpayers a cent.
You have fenced yourselves in. What country in the World and that
includes Russia would afford a President Trump visit. Chaos and rioting would be on such a scale never seen in the civilised world before.
See Angela Merkel's congratulations to Trump, she included a few home truths. Oh for the un-geographical of which the US has more than the rest of the World - Angela Merkel comes from Germany and was born in the Part which was East Germany, so she knows what brutality and ignorance brings. The USA is just about to find out by putting a BUFFOON in the residence a 1600 Pennsylvania Avenue.

You did your best Adam, at least you showed GUTS and sense,
Colin