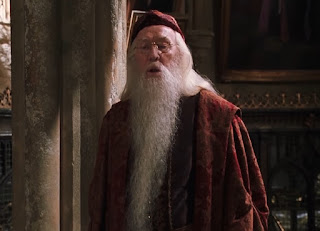 In the Harry Potter film series, there wasn't many re-casted roles in the 8 films they made. However the biggest was the casting of Professor Albus Percival Wulfric Brian Dumbledore. The original actor Richard Harris was in bad health and in his 70's when he took the role. He apparently wanted to decline but took it because his grand-daughter wanted him to be Dumbledore. He died before the 3rd movie being replaced by Micheal Gambon who was ten years younger and far less likely to kick the bucket. 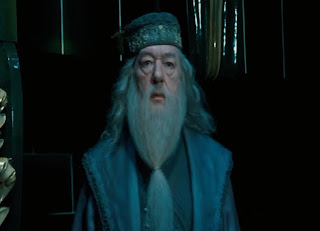 It's hard to say which actor was more true to the book, but I think they both did well in their own ways. But Richard Harris' Dumbledore (mainly due to the actor's poor health) seemed like he needed to take a nap at the Hogwarts Retirement Home. Michael Gambon's version of Dumbledore seemed far more powerful which is good considering that Dumbledore was the most powerful wizard in the whole series, capable of defeating Lord Voldermort in a duel without intending to kill and protecting Harry Potter at the same time. So I ultimately prefer Gambon as Dumbledore and I rather wished they had stuck with him from the start.

Who was your favorite Dumbledore?
Posted by Adam at 12:00 PM

Gambon's version was more to my liking. Granted I've not read the books but I did enjoy the movies quite a bit.

I don't know really who is better :D But really I love this film :) Now I think to read this book new part Harry Potter :)
http://anna-and-klaudia.blogspot.com/
Like me on FACEBOOK
Instagram

I don't really think I have a favourite. Haven't recently watched all the movies, I'd day I like both of them equally.

Richard Harris looked better, but as the role got more physical he might not have been able to continue.

I think both were amazing but Richard Harris is so good !

I liked the charactor, but apparently I was totally not paying attention to who played the part! Probably because I was more interested in Harry Potter and his friends.

While they were both great, I did like Gambon as Dumbledore a bit better.