Question: If You Had to Choose a Branch of the Military to Be In? 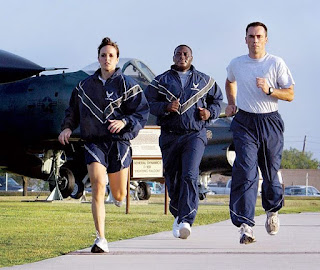 In high school I was in JROTC which is a like a military-styled class, and I honestly thought about being in the real military. But I don't like the hierarchy or the way soldiers are treated by leadership especially when they start. Or the fact that you can't quit whenever you want when you enlist. But fear of being drafted during George W. Bush's wars in the Middle East did make me think. My former co-worker Phillip said his dad knew he was going to be drafted for the Vietnam War, so before it was official he joined the U.S. Navy instead as it was far less likely for him to die as most of the forces in Vietnam were part of the U.S. Army. I would have joined the U.S. Air Force for similar reasons, though the Air Force always seemed to be the most reasonable branch. Intelligence was far greater valued and from what I hear isn't quite as physically demanding as the Army or the Marines. Granted some of you have been or still are in the military, so this question may or may not be hypothetical.

What branch would you have joined if you had to pick?
Posted by Adam at 12:00 PM

When I was in high school I was in ROTC too. But it seemed like all we did was a lot of running. My uncle was in the Army during the Vietnam war and he talked me into it. But I soon realized it wasn't for me.

My husband picked the Navy to avoid going into the Army back in 1968 during Viet Nam. Though he stayed in for 20 years he was only on a ship for 5 weeks.

I've lived near an afb my entire life and someone in my family has been in every branch. Now I'm married to someone who has served in two branches! This lifestyle isn't for everyone. It can be very frustrating especially if you are used to having things happen according to plan and on your schedule lol. Otherwise, I love the job stability for my husband and the ability to see new places AND pride in him serving the country.

I chose the Air Force and for the most part enjoyed it. I can say, that I saw people make one mistake and it followed them for almost the rest of their entire careers, affecting promotions, etc. That part I didn't like. The travel was fun, and so were the people.

A lot of young men joined specific branches back then knowing they'd be drafted. I'm with you. I would have joined the air force.

Military held no appeal for me.

The Air Force is somewhat interesting.

I'd have picked the Navy so I could see the world.