Question: Is It Time For Nancy Pelosi to Step Down as Minority Leader? 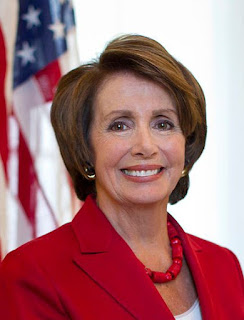 Nancy Pelosi made history by being the first (and only) female Speaker of the House, but I'm really surprised she hasn't stepped down yet. Usually when one party loses power, there is a exodus of leadership and the new leadership becomes the new opposition but she still held on being Minority Leader for another 6 years. Over half a decade where Republicans have held on to the House like it was nothing even though to be fair gerrymandering does help. If we ever hope to take back the House, we need new leadership. She can keep her actual seat in the house if she wants. On the question of replacing her, there is a guy named Tim Ryan (Ohio) that wants it but I'm not familiar with him. I personally would like to see Kyrsten Sinema (Arizona) but I don't think she's had much to deal with congressional leadership roles. But I suppose that's one of the issues a lot of Americans have with politicians. These leadership posts are not elected by the people and it's usually a long climb and by the time they're at the top they are different (and much older) people.

Fascinating insight into lesser-known American politicians. I suppose Barack Obama was one of those at one time before he became famous

Pelosi has done a good job holding her people together in spite of Republican opposition, but it's probably time for new blood to step in.

She should only step down if another liberal is in line to replace her. No more of the failed "moderate" Democrats, who are nothing more than sell-outs to the Republicans and at least part of the reason why Clinton lost.

I couldn't care less. I've lost all hope in politicians.