Sad Story: The One Bedroom Apartment 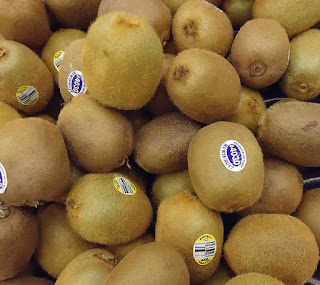 My first job was at a grocery supermarket, and after a few years I went to work for a better competitor. But I'd drop by to see some of my old co-workers. One of them, James had saw me and asked if I wanted to see his apartment which was right next-door. I was bored that day, so I figured why the heck not? At that point, I still lived with my mom so I wanted to see what it was like for people who lived outside of the parents' roofs. He had a one bedroom apartment, with two room-mates. One of them, Chris was also another co-worker, and that guy had so many siblings that he might of thought this was all the room in the world. The other guy was someone I didn't know but he was fat and worked for Hardees. Him and Chris had two beds in the room. 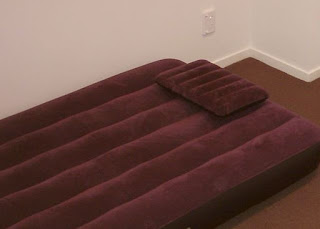 James however slept on a old mattress on the floor. This air mattress above looked royal compared to what he had. They had a small kitchen but it was rather awful looking with dishes piled everywhere. They had a small TV with a Nintendo Gamecube. After about 15 minutes I was depressed enough to want to leave. Things like this always make me sympathetic to the working-poor as nobody should be living like this. James however I'm not sympathetic towards. He later got fired from that supermarket and the failed careers kept piling up for him because he's lazy, dumb, and incompetent. He's also really thrilled Donald Trump will be our next president. James is confident that a New York Billionaire who lives in a luxury penthouse with golden chairs will make his life better. Four years from now, I think James will be still be living in a trailer with a make-shift bed and not a whole lot to show for it.
Posted by Adam at 11:00 AM

Oh wow I don't think I could live with two other adults in a one-bedroom apartment, that's crazy

Something to be said for 'living under our parent's roofs'.

Small space for so many people!