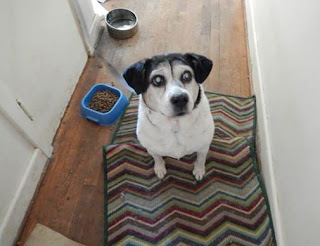 When I got my dog Zelda, I later read that Jack Russell Terriers (which she is mostly) had bad eye health and get juvenile cataracts. Soon after that, she got them and lost the majority of her eye-sight. But we learned to accept it as did she. We knew surgery was far too expensive, and I did feel sad looking at her cloudy eyes. But earlier this year, they started to get red. And when we knew it wasn't just allergies I took her to the vet. Her left eye had complications from the cataracts that gave her extreme inflammation and caused it to swell. He gave her some medicine and eye drops and two weeks later everything was apparently A-OK. Two months later it was back to the same thing, and the other eye started to show the same symptoms just less severe. The doctor said her left eye would have to be taken out and gave "hope" to the other eye. That's when I knew she was most likely not going to live for very long. He gave me time for the surgery and gave the same medicine for her other eye. I used that medicine as a way to delay the inevitable. I had small hope that maybe it'd reverse both eyes but it didn't. Even the other eye didn't look much better. Her genetics and health were not strong enough to keep her eyes in her old age. 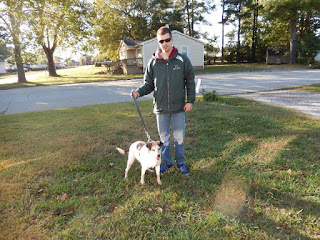 She was almost totally blind for years so the matter of sight was not really an issue. But if she was alive today, I believe her left-eye would have ruptured which I hear is a very painful event and her right-eye would only be maybe 3-4 months (at best) behind. The cost of surgery for her eye removal was out of the question, and even if it was free she'd be eye-less, recovering from painful surgery, and only have at best two years in her life expectancy. I suspected she had a tumor on her tail, but the doctor thought it was a cyst. There isn't really much vets can do for cancer, so I don't know if he was stretching the truth to be "nice". I talked it over with my mom and we agreed it'd be best to put her down when the time was right since her last two years would most likely be miserable. I chose a day where I'd have two days off work to give me enough time to grieve. My mom and I went down to the vet and they let us have the room on the far end which is the biggest. 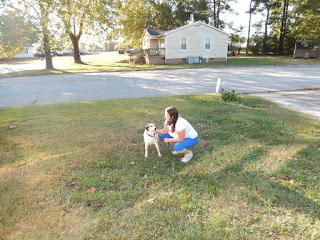 We had time to say our goodbyes and play with her that one last time. The vet nurse asked when we were ready and explained the process. Unlike what happened when we put down our old dog Chip (Zelda's predecessor), they gave Zelda a sedative and gave her the shot in her leg which she did not like at all. Never seen them do that, but I suppose the importance is that vein is probably more effective. It worked very fast, she lost her balance and laid on the floor. Then she lost the control of her tongue. We spent about 15-20 more minutes crying and saying goodbye again. Even though she was sedated she did seem to be "there" as we could see her blink. The veterinarian came in to do the deed. He got out the syringe and injected the pink-colored euthanasia into her leg. I put my hand on her heart and it had already stopped. I really do hope she didn't feel any pain, that it was just like falling asleep to her. The vet nurse gave us a few moments and took her body to be wrapped up and boxed. 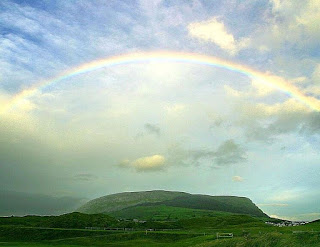 We sat in the lobby and waited for the box. I put on my sunglasses to mask the crying a little. During our sit, a little dog came through the door and back out again on two different trips inside. Both times he came right up to me wanting me to pet him. It was very sweet, but it made me miss Zelda even more. I never wanted it to go down that way, I always wanted to just find her one day where she died in her sleep. Making the call yourself is horrible as the only joy you get from it is knowing that your beloved pet is no longer suffering.
Posted by Adam at 3:00 PM

so very sorry for your loss, that it had to be this way.

I'm so sorry, Adam. I'm in tears just reading about this. I can only imagine how emotionally difficult it was for you.

I've had to put two dogs to sleep and can easily sympathize with what you went through. So sorry for your loss.

Oh Adam, so very sorry to read this, but to know that your beloved pet is no longer suffering... keep that in your mind ... and always remember the fun and enjoyment you have had together.