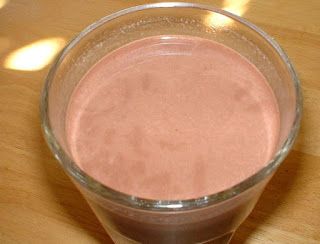 One thing that most people say that ticks everyone else off that isn't religious or political, they are comments about diets. I was the youngest brother, and I often felt like everything I did was wrong/stupid. Mainly because my brothers were not very supportive, actually quite the opposite. I remember some kind of conversation about chocolate milk and my brother Brandon said "all the nutritional value in milk vanishes once you put chocolate in there".  I'm not a nutritionist, but I'm pretty sure chocolate does not erode vitamin D, calcium, or any of the other good stuff in there for you. I remember reading a story about a woman who was told by her doctors not to drink Dr. Pepper as she was 80 or 90 something. What happened? The doctors died before her. I take vitamins, and I eat/drink what I want. Leave me alone. It's one thing to encourage people to be healthy and another to shame them about it.
Posted by Adam at 12:00 PM

I don't take vitamins but I make dinner for us just about every night. We don't go out to eat very often, maybe once a month. If you eat a balanced diet, adding some junk food to it is fine I think.

The doctors died before her.... Ironic. What... everything you did was wrong or stupid? I don't think so.

You only live once. Might as well eat what you want.

Since you don't appear to be anyone who has ever had a weight problem I wouldn't listen to your brothers very much. I also had a brother who wasn't encouraging. He hasn't spoken to me in fifteen years because he doesn't consider me worthy of his attention.

You are right, Adam! People have to decide for themselves what they will eat. Shaming is not acceptable!

I will never get over people who criticize others food choices. What business is it what I put into my body? I say, eat whatever the hell you want and don't worry about what others think.