Fact of the Day: Matilda of Flanders 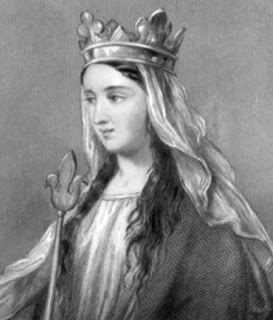 When William Duke of Normandy wanted to marry Matilda of Flanders, it is said she took the marriage proposal as an insult. William was an illegitimate bastard who luckily got his father's role as duke while she was a high-born grand-daughter of the French monarch King Robert II. Luckily for her she did marry William as he later invaded and won the English throne. So as William became king, she obvioulsly became Queen of England.
Posted by Adam at 12:00 AM

I always get so confused with all the royalty. Interesting.

I love history! If I had been William, I would have chosen someone else after the insult.

interesting, times have not changed!

She backed the right horse!