Fact of the Day: Prince Francis of France 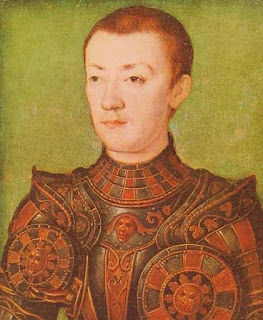 King Francis I of France's eldest son Francis was the crown prince (Dauphin) but he never became king. He died after a tennis match after asking for a cup of water. The man who brought him the cup was blamed and executed. There is much debate to whether he was poised or died of natural causes and if it was murder there were quite a few suspects of being the mastermind.
Posted by Adam at 12:00 AM

I wonder if he really was guilty.

Could have even been a patsy as he gave him the cup. Real Game of Thrones there lol

Who won the tennis match?

People died quickly and unexpectedly back then, and poison was often erroneously blamed. He could have had an aneurysm.