Fact of the Day: Ragnarok 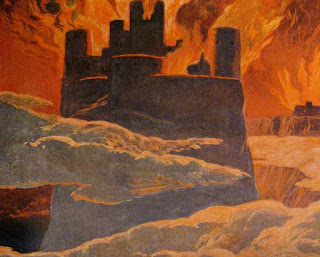 In Norse mythology, Ragnarok was the foretold event of the future which was suppose to be the "end of the world". Not only would most of the life on Earth would perish, but almost all the important gods like Odin, Thor, and Loki were predicted to die during the doomsday in battle. Though afterwards, the Earth was suppose to be returned anew again with the human population being eventually restored by a sole pair of human survivors.
Posted by Adam at 12:00 AM

Although I'm familiar with Greek mythology, I almost know nothing about Norse and Egyptian...must change that.

That one I knew. Funny how myths mold into so many other myths.

These folk tales and religious stories are creative to say the least.

They are interesting stories.