Favorite Quotes: Criticism of the President 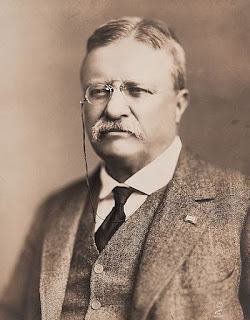 “To announce that there must be no criticism of the President, or that we are to stand by the President, right or wrong, is not only unpatriotic and servile, but is morally treasonable to the American public.”

I think a lot of Americans don't realize that every single president from George Washington to Barack Obama has had their fair share of critics during their tenure, even the ones history books call "perfect". Now that Republicans will have power in January with Donald Trump, many conservatives are calling for liberals to "stand down" and to "give him a chance". I remember Republicans asking Democrats "do you hate America?" every time they opposed George W. Bush. That was a elementary-school level of "debate" and very one-dimensional. If only they listened about the Iraq War, and the economic policies that caused the Great Recession.

While Trump technically isn't president yet, he's made his picks for his cabinet (or should I say liquor cabinet?) and still continues to rant like some kind of basement-dwelling troll at anyone who attempts to criticize him or make fun of him. Obama and George W. Bush got called every name in the book, but even though I didn't like Bush Jr. I wills say both men took their criticism with a lot of class. Even if Donald Trump flip-flops on what he believes politically again (he's claimed to be part of both parties and independent during different years) that ego of his is scary and he doesn't seem like he can control himself under pressure.
Posted by Adam at 12:00 PM

Every politician needs a thick skin. Look at the abuse and name-calling that Hilary Clinton's had to endure over the years. Trump throws a hissy fit over every little thing.

I recall reading that members of Lincoln's own party referred to him as the "Ape on the hill."

He should grow a thicker skin because there'll be a lot of criticism up ahead. It comes with the job.

With Mr. Trump befriending Mitt Romney, who called Trump every thing under the sun, shows me Trump has a thick skin and is not a grudge-holder. He wants the best man for ea job for his cabinet.
Oh, I expect every thing Trump does is going to draw hollers from the Democrats....just like we didn't like anything Obama did. and sure as hell didn't want another 8 yrs with HC doing the same things Obama has done. I don't care what anyone says, our country is in worse shape than it's ever been, under Barack Obama.

If the Trump nominees for cabinet positions are an example of the best the US can "dig up", then God HELP America!
"dj / Miss Sassy", Trump possesses a very thin skin.
The World is watching and holding their combined breaths as to what at the end of January or after the inauguration we will be in store for.
It would be a good idea if the red headed Buffoon got rid of his "Twitter" account. Doesn't the American press report on what the rest of the world's leaders and people are thinking and/or worrying themselves sick about??????????????????????????????????????
Colin