Pastor Tells Children at Mall Santa Is Not Real For Jesus 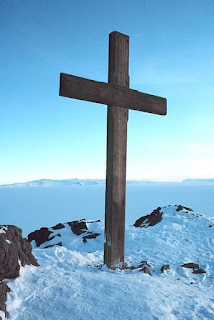 A pastor originally from Alaska named David Grisham just recently walked into the mall in Amarillo, Texas where all the children were waiting in line to see Santa. He informed them that Santa isn't real, just some guy in a suit. And that Christmas is just about Jesus, even though Mr. Pastor should know it's a pagan holiday stolen by the Catholic Church of an olden Europe. And that all the parents there should be ashamed of themselves for telling their children lies about an elderly white man in the clouds who watches over them and judges them if they are good or bad and rewards or punishes them according. Some of the parents were rightfully upset, and I can't say if the crazy pastor guy got the irony in what he was saying.
Posted by Adam at 10:00 AM

This guy is absolutely ridiculous!

Oh my. One of my students announced to my class of three year olds that Santa wasn't real. Fortunately, I think that the one student that heard and understood will be able to be swayed that the Santa at the mall is a helper to the real Santa. I wouldn't be happy if I were one of those parents at the mall in Amarillo.

I hate it when people become so self-important that they feel it is their duty to spread their beliefs to everyone. I bet the "big boy" upstairs is watching HIM and HIS day will come.

I hope Santa kicks his ass. No, wait, KRAMPUS!

Someone is going to find a chunk of coal in his stocking this Christmas.

Such a scrooge. Why can't he just let the children be happy and mind his own business?

If I had been in that line, I would have taken that pastor on by pointing out exactly what you said, Adam! The irony is delicious!